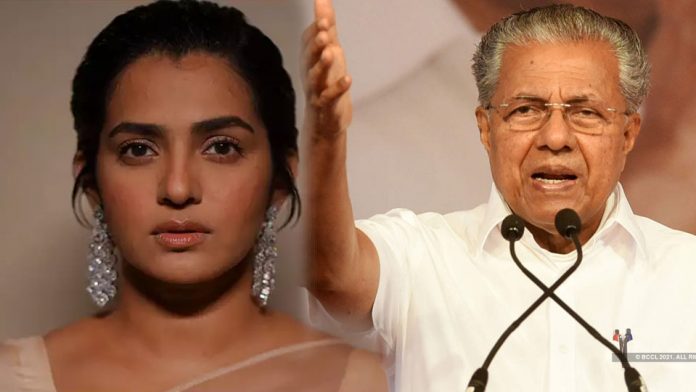 ‘The government should set an example by conducting the ceremony virtually. Please avoid the ceremony with so many people in attendance .’- Parvathy’s tweet quoting CMO Kerala. 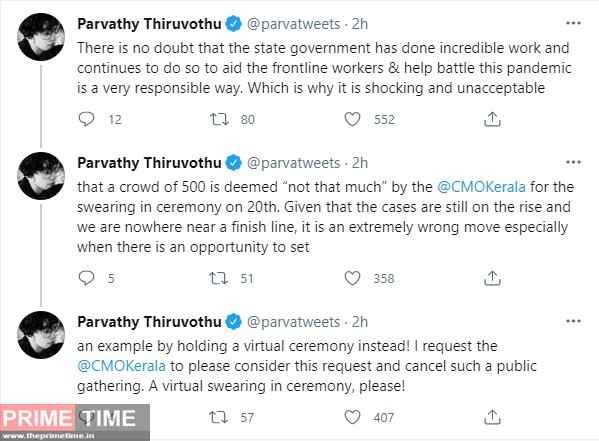