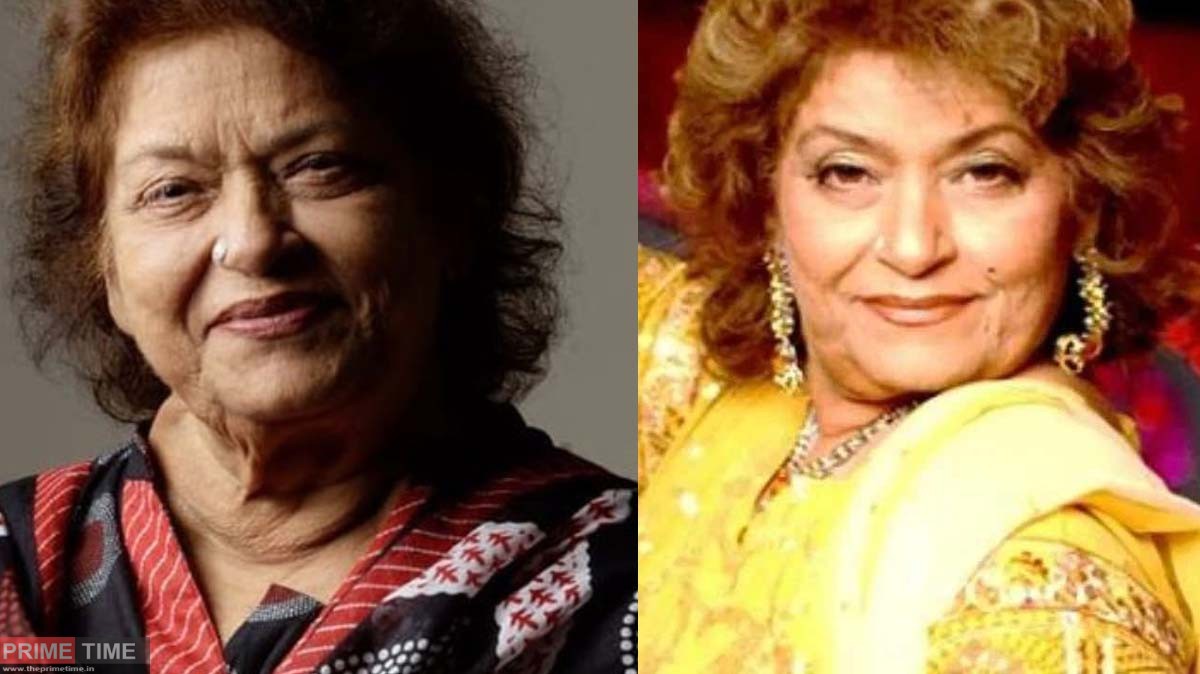 The film Industreet has received another setback today. Renowned choreographer Saroj Khan has died at Guru Nanak Hospital in Bandra, Mumbai. The cause of Saroj Khan’s death is said to be cardiac arrest. Saroj Khan was admitted to Guru Nanak Hospital in Bandra after she complained of breathlessness some time ago. But after a few days, she was recovered and returned to her home. This was confirmed by his family members. But now Saroj Khan has left our company because of cardiac arrest. The choreographer was 72 years old.

Let us tell you that the real name of Saroj Khan, who showed dance in the film industry, was Nirmala Nagpal. She came to India after the Indo-Pak partition. He started his work as a child artist at the age of just 3 years. Saroj was married to her dance teacher Sohanlal. At the same time, if you talk about career, Saroj worked as a choreographer for the last time as a stigma film. Apart from this, he has known for his fine art like a better dancer like Govinda and Madhuri Dixit.

– Saroj Khan was handed over to the soil of Mumbai. According to reports, Saroj Khan was buried in the cemetery at Malad around 7 am. His last visit was attended by close and family members. Talking to news agency PTI, Saroj Khan’s daughter Sukaina Khan said that the prayer will be placed after three days.

– The last time for Saroj Khan was not as good. Saroj Khan, who had done consecutive films, had no work left at the end of her career. He himself revealed this during an interview. Some time ago Salman Khan also came forward to help him.

– Saroj Khan did many Shaandaara films in her career. Saroj Khan’s last film to debut as a child artist was Kalank. In this film, he choreographed his favorite student Madhuri Dixit.

– The film industry has suffered a deep setback due to the departure of Saroj Khan. People in the film industry are shocked by the sad news coming one after the other. After Saroj Khan’s departure, he has been paying tribute through social media, from Bollywood celebs to the common man. Actor Sunil Grover tweeted, ‘I am shocked by the news of Saroj Khan Ji’s death. An era ended with his departure. May his soul rest in peace. ‘

– Due to Coronavirus, Saroj Khan’s funeral will be done today, given the situation in Mumbai. The body of the choreographer has been taken directly from the hospital to Mid Chowki Charkop Cemetery.

Saroj Khan’s departure has shocked her fans. On social media, the fans are paying tribute to Saroj Khan and saying that legends never die.

The three-time National Award winner has been credited with choreographing over 2000 songs.

Saroj Khan was one of the most prominent dance choreographers.

The three-time National Award winner has been credited with choreographing over 2000 songs.

Saroj Khan was one of the most prominent dance choreographers.

The choreographer behind Bollywood's most iconic dances from the mid 80s through the 90s. May she dance with the angels now. RIPhttps://t.co/gmoYGJ7zSk

Let us tell you that Saroj Khan was born on 22 November 1948 in Mumbai. Saroj Khan’s real name was Nirmala Nagpal. But later Saroj Khan accepted Islam and took his name as Saroj Khan.