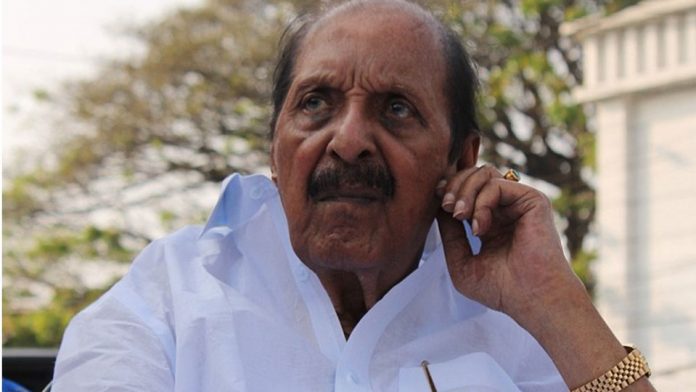 Kerala Congress founder and former minister R Balakrishna Pillai (86) has passed away. He was treated at a private hospital in Kottarakkara due to shortness of breath and his health deteriorated on Sunday evening. The death occurred early Monday morning. His body will be laid to rest at his home in Kottarakkara and at the NSS Taluk Union office. Burial will be in the courtyard of the compound at 5 p.m.  He was the Chairman of the Kerala Congress (B) and the Chairman of the Frontline Community Welfare Corporation. He is a member of the Board of Directors of the Nair Service Society (NSS). His health deteriorated while he was active in the election campaign in Pathanapuram for his son and MLA KB Ganesh Kumar.

Balakrishna Pillai inaugurated the election committee office in Pathanapuram and led the campaign in the constituency after Kovid confirmed Ganesh Kumar and retired. Balakrishna Pillai was born on April 7, 1934, in Valakam, Kottarakkara, the son of Valakam Keezhoot Raman Pillai and Karthiyaniyamma, a member of the Sreemoolam Prajas. As a student, he became involved in political movements and entered public life. Worked in Travancore Students Union (later Travancore Students Federation). He later joined the Congress and became a member of the KPCC-AACC Executive Committees. He formed the Kerala Congress with KM George in 1964 and became one of the 15 legislators who left the Congress. 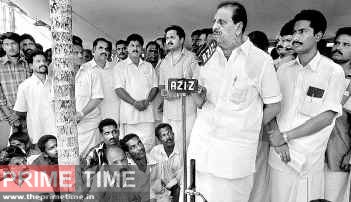 George became the founding general secretary of the Kerala Congress. He was also the last of the founding members of the founding state committee of the Kerala Congress. After the death of KM George, the Kerala Congress split due to differences within the party and in 1977 Balakrishna Pillai formed the Kerala Congress (B). He was first elected to the Legislative Assembly in 1960 at the age of 25 from Pathanapuram. He won from Kottarakkara in 1965 but lost in 1967 and 1970. In 1971, he joined the Lok Sabha from Mavelikkara. Kottarakkara won seven consecutive assembly elections from 1977 to 2001. In 2006, Aisha lost to Potti. Achutha Menon became the first minister in the cabinet in 1975. Transport and Excise Departments. Later EK Nayanar, K Karunakaran and AK Antony became ministers in the cabinet five more times. He also had to resign from the ministry for his controversial speech on ‘Punjab Model Speech’. 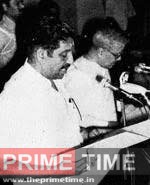 In 1982–87, when he was the power minister, the Supreme Court sentenced him to one year in prison for corruption in the Idamalayar and Kallada projects. With this, Pillai became the first minister in Kerala to go to jail after being convicted in a corruption case. However, he was released from jail along with 138 other convicts who were pardoned in connection with his birth in Kerala before his term expired. He is also the only MLA in the state to be disqualified under the anti-defection law. From 1964 to 1987 he was the President of Idamulaikkal Grama Panchayat and from 1987 to 1995 he was the President of Kottarakkara Grama Panchayat. He also served as the panchayat president when he was a minister. His majority of 37,000 votes, which he contested as part of the Left Front in 1980, has long been a record in the history of the legislature. Pillai was also in Nayanar’s first cabinet. He rejoined the UDF in 1982. The autobiography has been released under the title ‘Prisoner 5990’. Balakrishna Pillai is also the lone political leader in Kerala politics with a statement that affirms different positions than the united fronts. 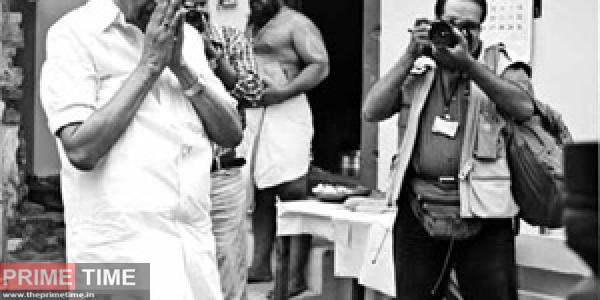 In 2018, Balakrishna Pillai’s Kerala Congress (B) rejoined the LDF. Apart from politics, he has also looked at the cinema. She will be seen in the movie ‘Ivaloru Nadodi’. Kalanilayam also had a small role in ‘Neelasari’ produced by Krishnan Nair. In 1980, Sukumaran returned to the silver screen with ‘Vediketti’ directed by KA Sivadas. He became the power minister while acting in ‘Vediketti’.Some scenes in the film were shot after he was sworn in as a minister. Later, he sought opportunities in films and serials but decided to stay in politics. His wife is the late R. Vatsala. Usha Mohandas, KB Ganeshkumar MLA and Bindu Balakrishnan are the children. Son-in-law: K. Mohandas (former Union Shipping Secretary), Bindu Ganesh (Dubai), T. Balakrishnan (former Additional Chief Secretary).