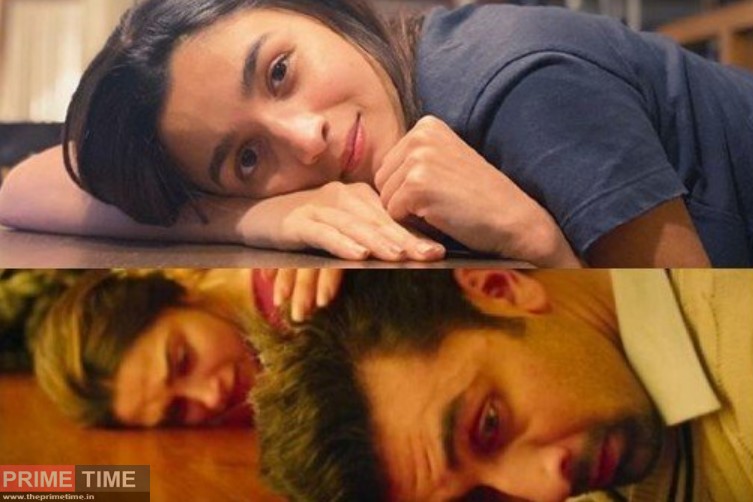 Amid the nationwide lockdown because of COVID-19 pandemic, Alia Bhatt has been regularly giving her fans a sneak-peek into her quarantine life. From the balcony picture clicked by beau Ranbir Kapoor which sparked rumours of them living together during quarantine to her baking sessions, the actress is on a photo sharing spree on her Instagram page. Recently, the Brahmastra actress posted a picture of her, with her face resting on the table. She captioned it with lyrics from Coldplay’s popular song, Magic, “Still believe in magic? Oh yes I do.”

While the netizens were all hearts over Alia’s candid picture, it reminded few of a scene in Imtiaz Ali’s Tamasha just before ‘Agar Tum Saath Ho’ song, where Ranbir Kapoor and Deepika Padukone too, rest their faces on the table. The scene in question happens after a goosebump-inducing moment in a cafe, where Ranbir has an emotional breakdown while Deepika pleads with him not to leave her. One fan commented under Alia’s post, “Why does this remind me of Tamasha?” “Looks like a still from the movie, Tamasha,” read another comment. Do you folks too, agree with their thoughts? Let us know in the comment section below. Speaking about this highly-emotionally charged scene in Tamasha, Imtiaz Ali revealed in an interview that he didn’t have to brief Ranbir and Deepika for the scene. It came out naturally from both of them. “I believe Ranbir and Deepika must have experienced such situations in their lives and hence they invested those emotions in the scene which made it look smooth,” said the filmmaker.

Coming back to Ranbir Kapoor, the young star is currently in a relationship with Alia Bhatt. Reportedly, they fell in love on the sets of Ayan Mukerji’s Brahmastra, in which they will be sharing screen space for the first time. Rumours are rife that the lovebirds are planning to get hitched in December. However, there is no official confirmation on these reports from them or their respective families yet.

Kamal congratulates Kerala Police, saying that the song was an inspiration