The whole country is demonstrating after the death of African American man George Floyd in Minnesota, USA. In many places, these demonstrations have also turned violent. Many Hollywood stars are also involved in this movement called Black Lives Matter and along with it many Bollywood stars have also given their support in this matter.

Kareena Kapoor Khan also posted on the death of George Floyd and wrote that all colors are beautiful and we may be born in different colors but we all aspire to the same thing and that is freedom and respect. He also shared the black screen in another post. However, Kareena was also trolled on these posts and she was also asked by some people that if Kareena is so serious about racial discrimination then why had she been doing advertisements related to whiteness? Not only this, but there was also a time when Kareena even called Bipasha Basu a black cat.

We may born with different colours but we all want the same thing, freedom and respect. Please stay strong, I believe that this will end soon. We love you and please stay safe ❤️. #blackouttuesday

Actually, in the year 2001, the film Stranger was released. Bipasha and Kareena worked together in this film. During that time, there was news that there was a lot of tension between Kareena and Bipasha about the costume. According to reports, Kareena’s designer had helped Bipasha without asking Kareena. Kareena was angry with this and had called Bipasha a black cat and slapped her.

There was an altercation in the relationship between Bipasha and Kareena

However, Bipasha had told in an interview in 2001 that a small thing has been exaggerated. Kareena had some problem with the costume and was dragged into it meaninglessly. After this, in an interview given to Filmfare in 2002, Kareena made her point and criticized Bipasha and said that ‘I think she does not trust her acting, so in the four-page interview, she has spoken about me three pages.

This cold war lasted for a long time between Kareena and Bipasha. In the second season of Koffee with Karan, Kareena also called Bipasha’s then-boyfriend John Abraham as expressionless and also said that she would never want to work with him. At the same time, Bipasha also said on this show that Kareena has too many expressions. However, in 2008, Kareena ended this war by inviting Bipasha to Saif Ali Khan’s birthday party, after which the two have a normal relationship.

Kareena Kapoor posed in a black slit dress, shared the photo and said- I am waiting … 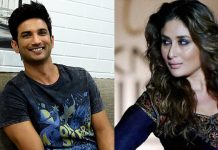 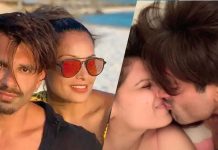