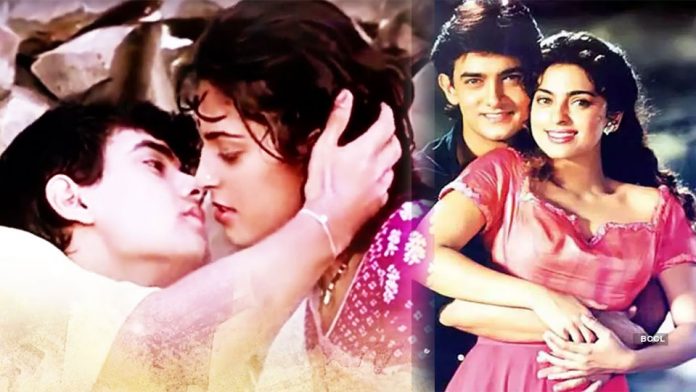 Bollywood’s Mr. Perfectionist Aamir Khan has completed 33 years in the industry. His film Qayamat Se Qayamat was released on this day itself. The film was released on 29 April 1988. This film was also well-liked. Aamir and Juhi’s romantic chemistry was seen in the film. But few people know that Song is alone, so during the shooting of Kya Gum Hai, Juhi refused to kiss Aamir on the cheek and forehead. According to DNA news, Director Mansoor Khan had said while talking about this – ‘We were shooting for the song Hum Hum Hain Hai Kya. I told Juhi that there is a shot where they have to kiss Aamir Khan first on one cheek and then on the other cheek and then on the forehead. Later my assistant told me that Juhi is refusing to do this scene. Hearing this, I told everyone to immediately stop whatever they were doing and just sit down. Ten minutes later, when I was told that Juhi is ready to do the scene, we started shooting again.

Talking about Aamir and Juhi, there was good bonding between them. Recently, Juhi had told in an interview that when we used to work together, we used to share good bonding among ourselves. Our association was amazing. We both used to play all the formalities of friendship with each other. I used to go to her makeup room and used to listen to her there. I considered him like a good friend and he considered me a good friend.