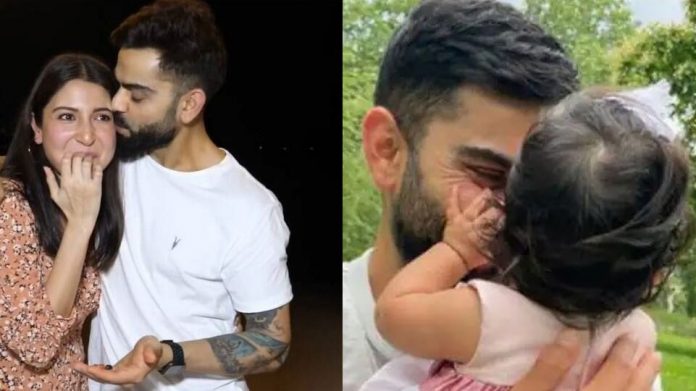 Anushka Sharma and Virat Kohli’s daughter Vamika has turned 6 months old. On Sunday, the couple celebrated the occasion. On the completion of 6 months of her daughter, Anushka Sharma has shared many pictures and has shown a glimpse of her darling.

Anushka and Virat reached the park for a picnic. In the first picture, the actress is lying on a picnic mat and holds Vamika in her lap. She is wearing a pink t-shirt and jeans and is showing her daughter something towards the sky.

Virat with daughter in lap

In the second picture, Virat is holding his daughter and he is expressing his love for her. During this, his daughter is in a pink and peach color frock. Another picture shows a cake decorated with flowers.

kept away from social media

Let us tell you that Vamika was born on 11 February. A few days ago a fan asked Virat what is the meaning of Vamika, then he told that one name of Durga is Vamika. Anushka and Virat haven’t shown their daughter’s face yet. Virat said that Anushka and he have decided that he will keep her away from social media till their daughter becomes wise. He has to take this decision.