The United States has begun an investigation into the role of Pakistanis in the Islamic State’s terrorist activities in Syria, which could create new trouble for Prime Minister Imran Khan. Significantly, the sword of black list is already hanging on Pakistan in FATF and now this investigation of America will add more trouble for Imran Khan. The US-backed and predominantly Kurdish Syrian Democratic Forces have shared a list of 29 Pakistanis and other terrorists who are in their custody to fight for the Islamic State. According to anti-terrorism officials in Delhi and Washington, this list of terrorists includes four Pakistanis who acquired citizenship of countries such as Turkey and Sudan. Nine women are among the 29 ISIS terrorists caught.

According to the Counter Terror Officer, the US security forces are interrogating these Pakistani nationals. He is also being questioned by those who sent him to fight for terrorist groups such as IS and Al Qaeda in Syria or any other Islamic group based in Pakistan. Since the Pakistanis are also associated with the Islamic State of Khorasan province terrorist organization based in Afghanistan, they will be known if they have any role in this.

Here, Pakistan wants to get out of the FATF gray list with the help of China, but this new revelation confirms the Indian claim that Islamabad is a stronghold of terrorism. While two Punjab-based terrorist organizations, Jaish-e-Mohammed and Lashkar-e-Taiba, target India, Islamabad supports the Taliban through the Haqqani network and ISKP to wreak havoc in Afghanistan.

Apart from this, Pakistani involvement in attacks in US, UK and Middle East countries has also been revealed in the past. In this way, if the involvement of Pakistan or Pakistani citizens in the US investigation is found in ISIS, then it will be a new problem for Imran Khan. 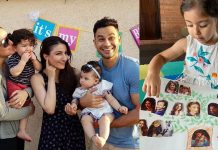 Opportunity for Imran-Avantika’s relationship again; Decided to get together?