Actor Tovino Thomas was injured during the shooting of the movie. He was injured on the set last day while filming the organizational scene for the new movie ‘Kala’.The actor was admitted to a private hospital in Kochi and was admitted to the ICU following internal bleeding. In the last few days, the conflict scenes in the movie Kala have been filmed continuously. He was injured at the Piravom set two days ago.

Indications are that the injury was caused by stepping on the abdomen while filming the scene. She was admitted to the hospital with severe abdominal pain. Kala is a new film directed by Rohit BS, the director of Adventures of Omanakuttan Iblis. The film is co-written by Yadu Pushpakaran and Rohit and stars Lal in a pivotal role.

Tovino made his acting debut in Prabhuvinte Makkal directed by Sajeev Anthikkad in 2012. Subsequently, he worked as an Assistant Director in Roopesh Peethambaran’s Theevram. In ABCD (2013) he portrayed an antagonist. Tovino appeared as the lead in the film Koothara which also featured Mohanlal. He played a lead role in Roopesh Peethambaran’s second directorial venture You Too Brutus.

He has played major roles in the films including 7th Day (2014) and Charlie (2015). He portrayed the role of Perumparambil Appu in the film Ennu Ninte Moideen which was released in 2015. He won his first Filmfare Award for Best Supporting Actor for his performance in Ennu Ninte Moideen.

He played the role of The jus Varkey in Guppy (2016) which was well-received by audiences upon the DVD and digital release. He won the New Sensational Hero Award at the NAFA 2017 for his performance in the film. 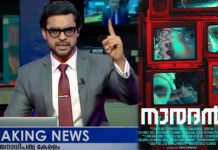 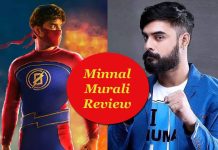