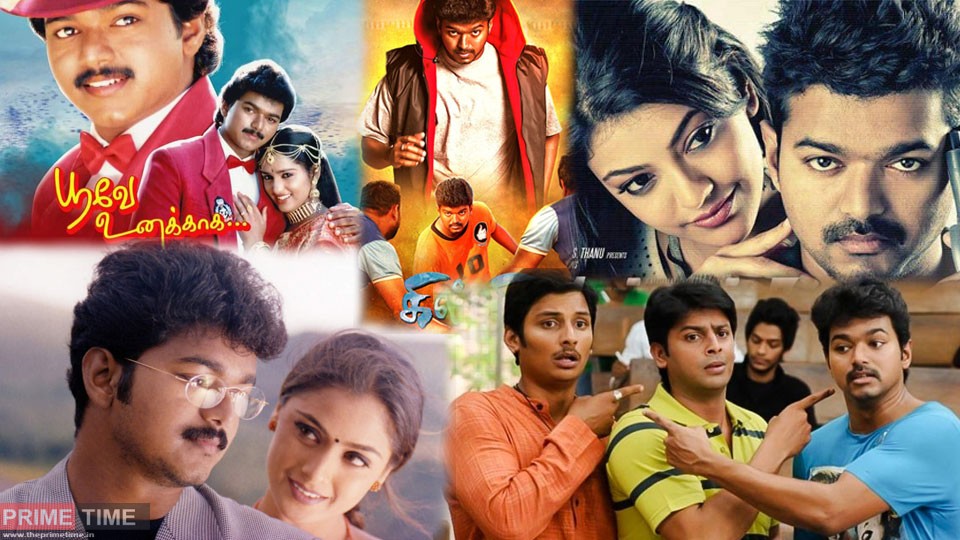 Joseph Vijay Chandrasekhar is more than just another Tamillian superstar. Being hailed as “Ilayathalapathy” (young commander), or just “Thalapathy” Vijay has become an all-time favourite in Tamillian cinema, second, only to the great Rajnikanth. He is the highest paid actor and everything he touches turns to gold, quite literally. Here, we take a look at some best movie of vijay. If you have not seen these, watch them. And if you have seen these, re-watch them. 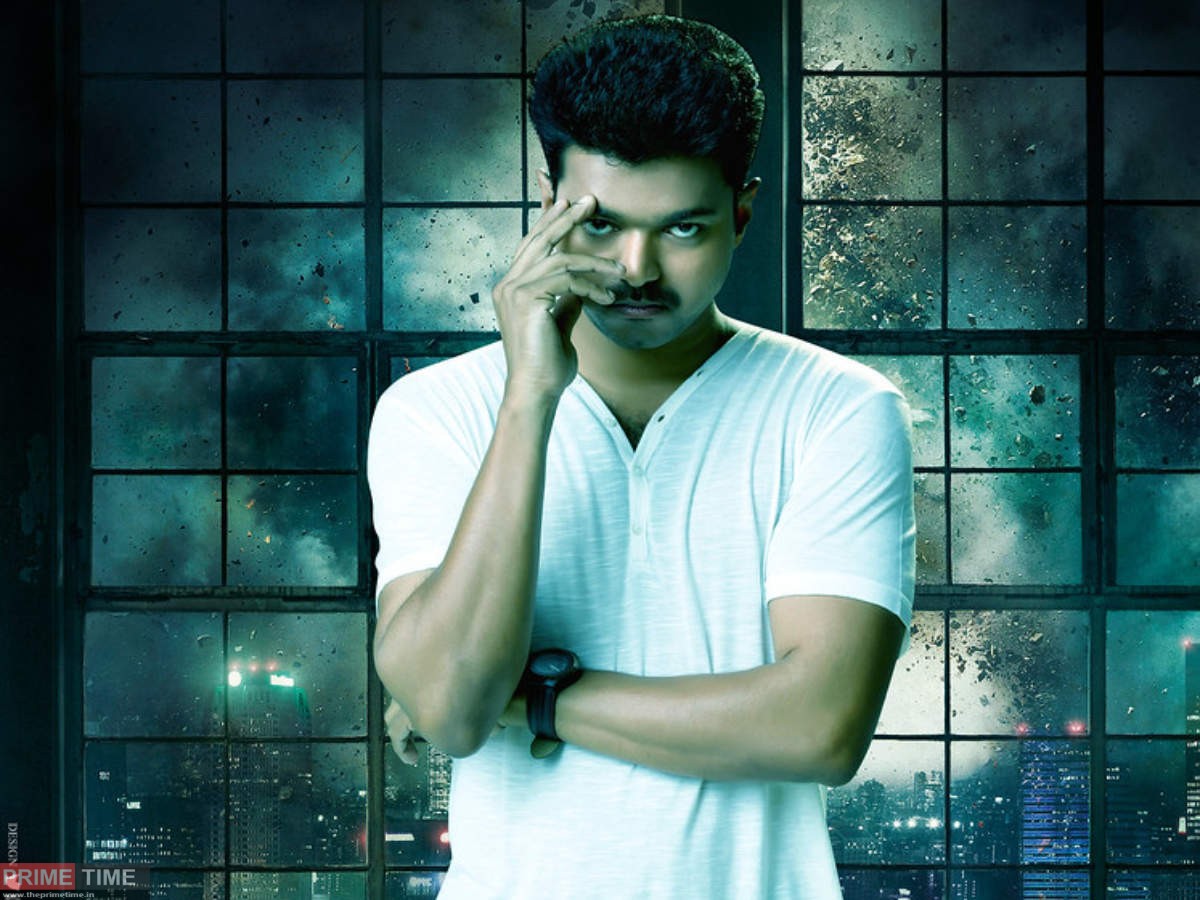 Kaththi is by far Vijay’s most prolific movie as an actor. In this A.R. Murugadoss thriller, Vijay plays a dual role of an escaped prisoner, Kathiresan and his civillian lookalike, Jeeva. When Jeeva gets killed, Kathiresan assumes his identity, but soon finds himself becoming a reformer in many ways. Kaththi is fast-paced and will have you hooked from the very start. The action is like no other, as is Vijay’s performance. 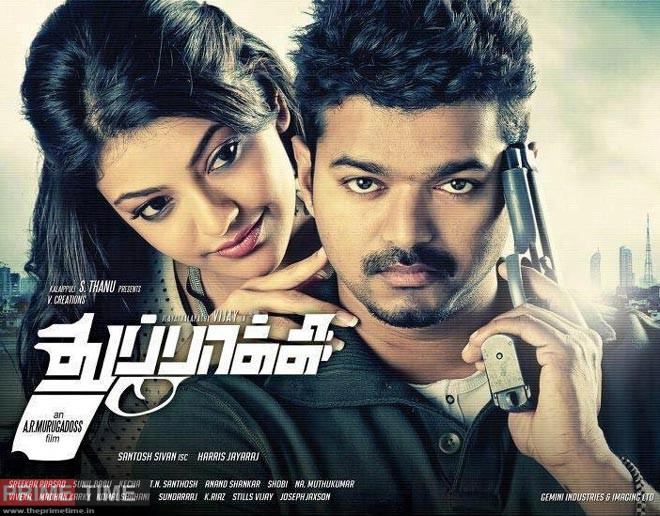 Thuppakki is a magnificent and fascinating film from director A.R. Murugadoss. From initially to eventually, Thupakki film is electrifying and revival feeling too with grandeur songs from my favourite musician Harris Jeyaraj. Vijay seems compelling, magnificent, splendour and fantabulous too. The Director shows how an enlightened soldier tackles the utmost problem in a terrific way in this film. The perspective of Santhosh Sivan camera work is enchanting and illustrious too. 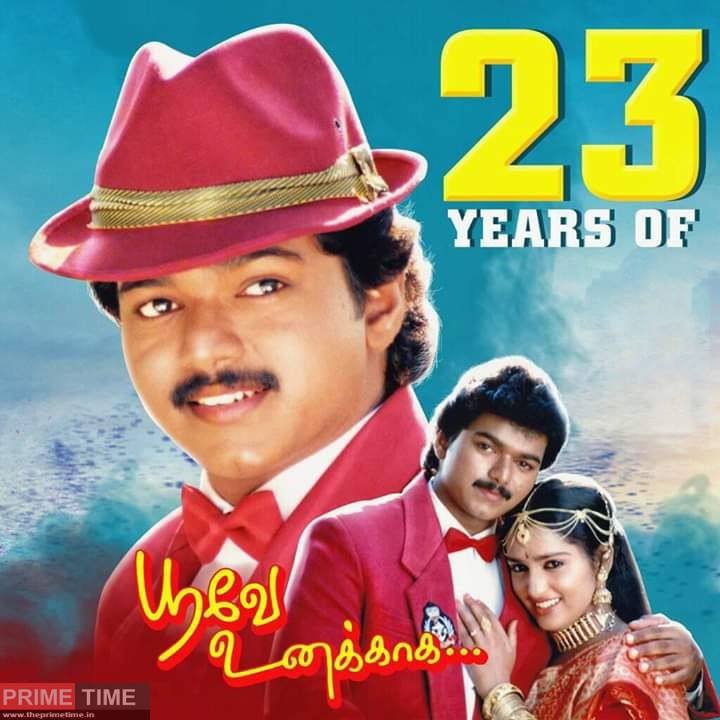 Poove Unakkaga was one of Vijay’s pivotal earlier movies which established him as a household name. Back then, he wasn’t the action hero Vijay, but the gentle and romantic Vijay. Poove Unakkaga narrates the story of Raja, who is in love with Nandhini who is in love with Lawrence, a Christian man. This love triangle takes an unexpected turn when Raja decides to sacrifice his love, and unite Nandhini and Lawrence. Poove Unakkaga, while being a beautifully written movie, was also eye-opening in it’s treatment of inter-caste marriages. Vijay, as the broken heared romantic is a sight one should not miss out on. 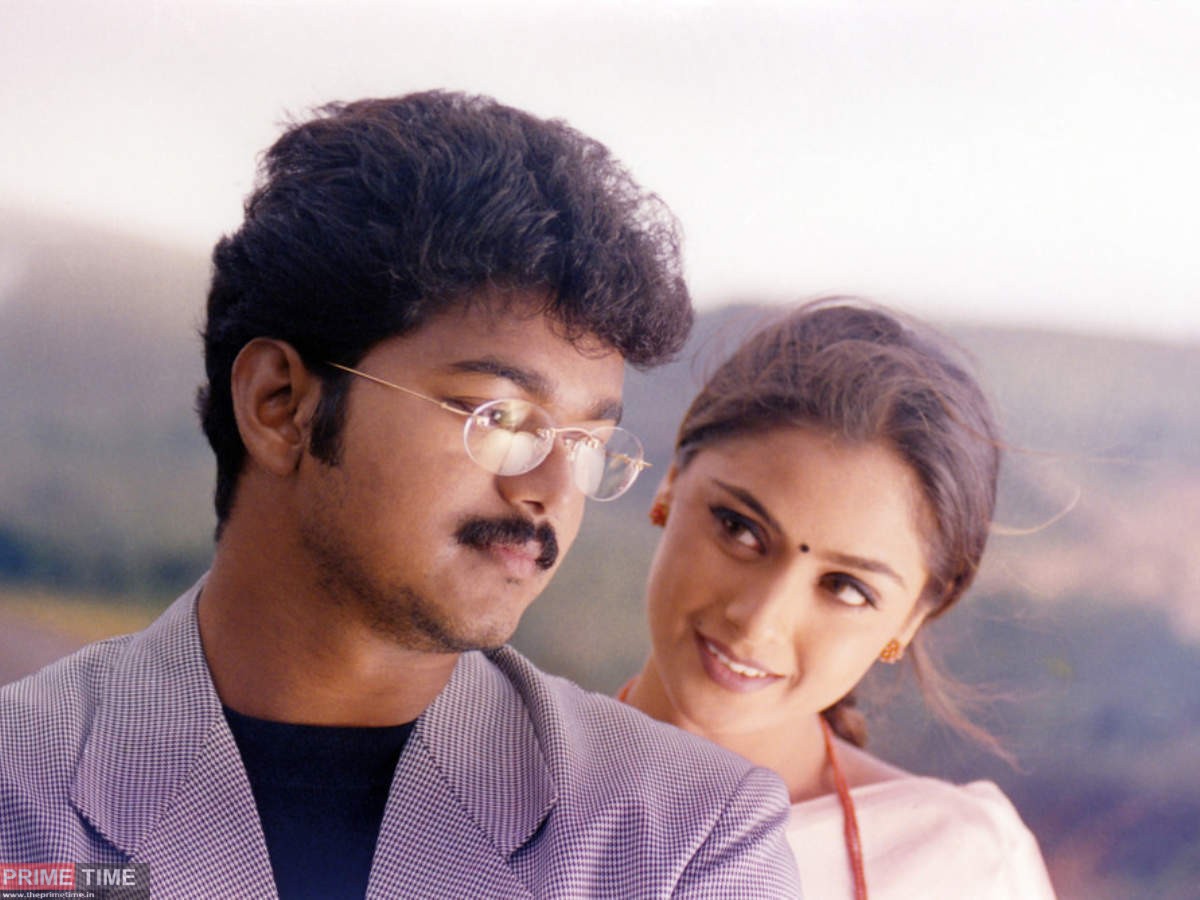 Thulladha Manamum Thullum is a 1999 Indian Tamil-language romantic drama film directed by debutant Ezhil. The film stars Vijay and Simran, while Manivannan, Dhamu and Vaiyapuri among others play supporting roles. Vijay has depleted his many layers in his movies; his acting layer, action hero layer, lover boy layer, most frequently his humour layer. ‘Thulladha Manamum Thullum’ is a film that sounded different as it portrayed the different side of him. It followed none of the aforementioned layers. Rather it reflected his softer hands with a role as Kutty, a cable operator who is part-time singer. His innocence and the struggles he goes through for the misdeeds which he hasn’t committed will bring tears to eyes. 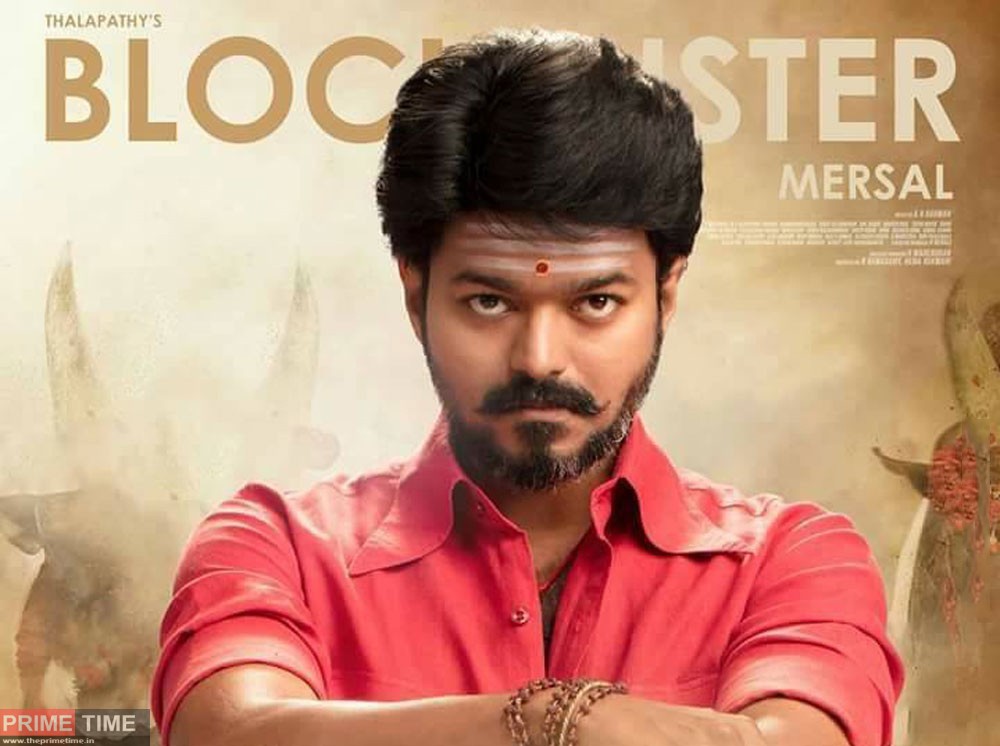 Mersal is a 2017 Indian Tamil-language action thriller film directed by Atlee and co-written by Atlee, K. V. Vijayendra Prasad and S. Ramana Girivasan, in charge of the dialogues, and produced by Thenandal Studio Limited, thus becoming their 100th production. The story revolves around a magician and a doctor attempt to expose the corruption at the heart of India’s medical industry. The film stars Vijay in a triple role with S. J. Surya, Kajal Aggarwal, Samantha and Nithya Menen. 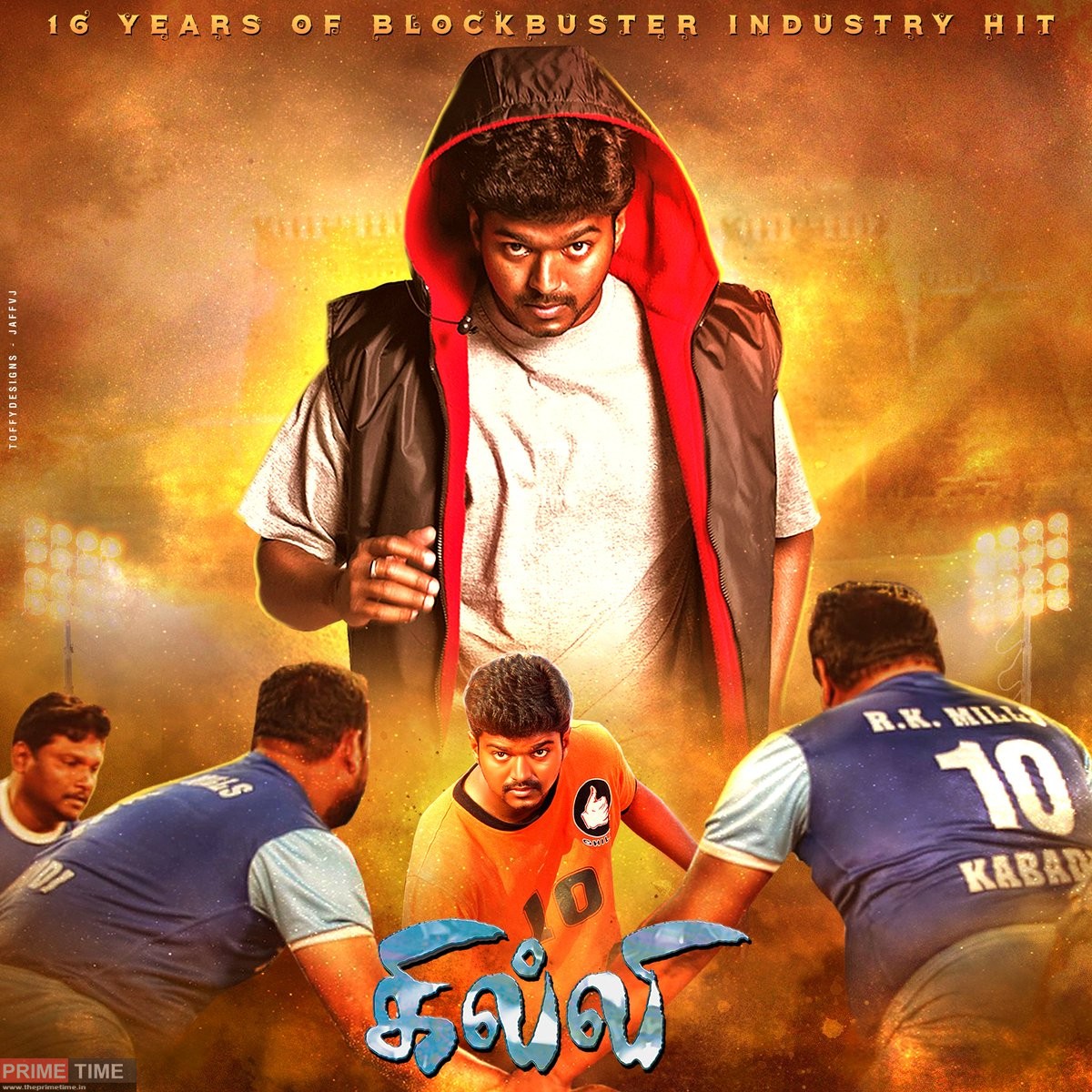 Ghilli is a romantic action thriller with a unique story. It is a remake of the Telugu hit, Okkadu. It’s about a kabaddi player, Velu, who goes to Madhurai for a tournament and rescues Dhanalakshmi from the grip of a notorious leader who is insistent on forcefully marrying her. Ghilli is a perfect entertainer. Each character is developed well, the screenplay is gripping, the music is beautifully composed, the action sequences are well executed, and overall, it is a great movie. Vijay steals the show with her performance, and this makes Ghilli a must-watch. 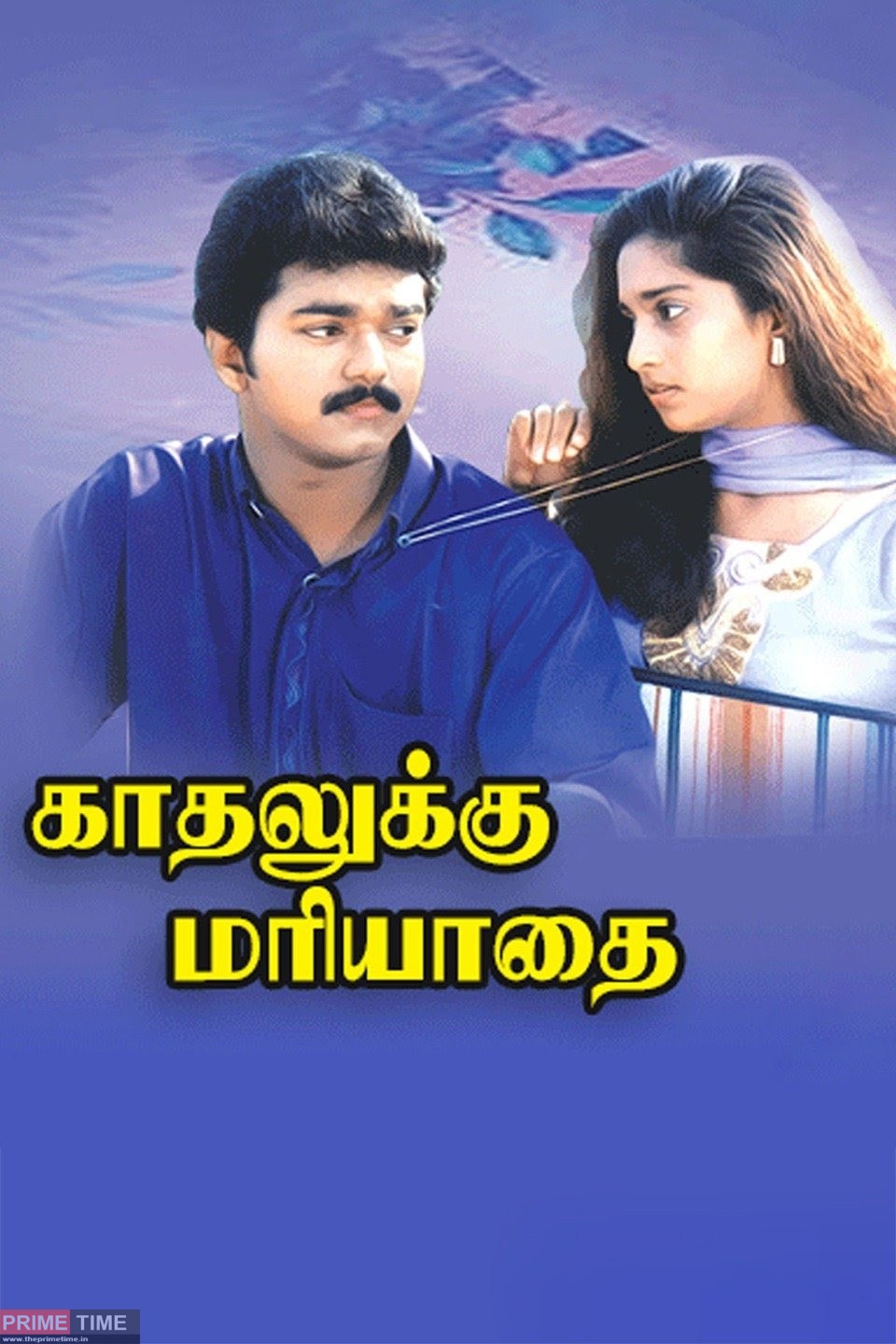 Kadhaluku Mariyadhai is another one of Vijay’s earlier romantic hits. It paved the way for his fame and grew his fanbase exponentially. Kadhaluku Mariyadhai is a tale about two lovers, Jeeva and Mini, who’s families strongly disapprove their relationship. Against all odds, and in Jeeva’s case, numerous beatings, they fight to stay together. Kadhaluku Mariyadhai will break your heart, but stitch it right back together soon after. It’s a must-watch, specially for those who love Vijay in his charming lover boy roles. 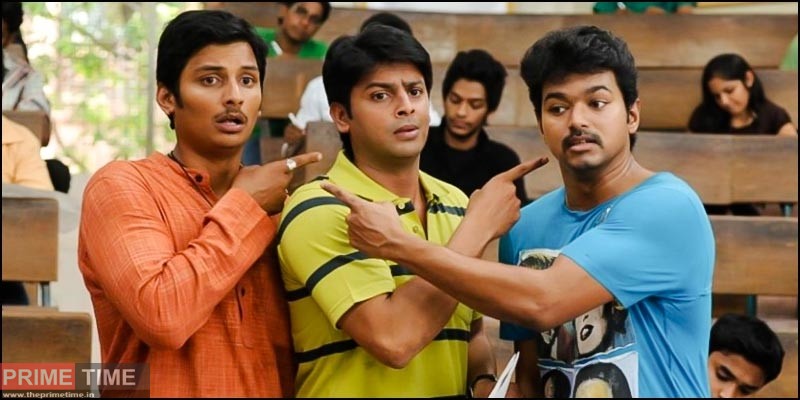 Nanban is the remake of the Bollywood movie, 3 Idiots. Vijay plays the ever eager learner, Panchavan Pariventhan, who mysteriously disappears after college and leads his friends on a wild journey to find him. What set Nanban apart for Vijay, was that it wasn’t ‘massey’. He didn’t play an action hero or a romantic. It showed his versatility and ability to take on more nuanced and experimental roles, further proving his talent as an actor. Nanban is a hilariously heartwarming coming of age film, that everyone must see. 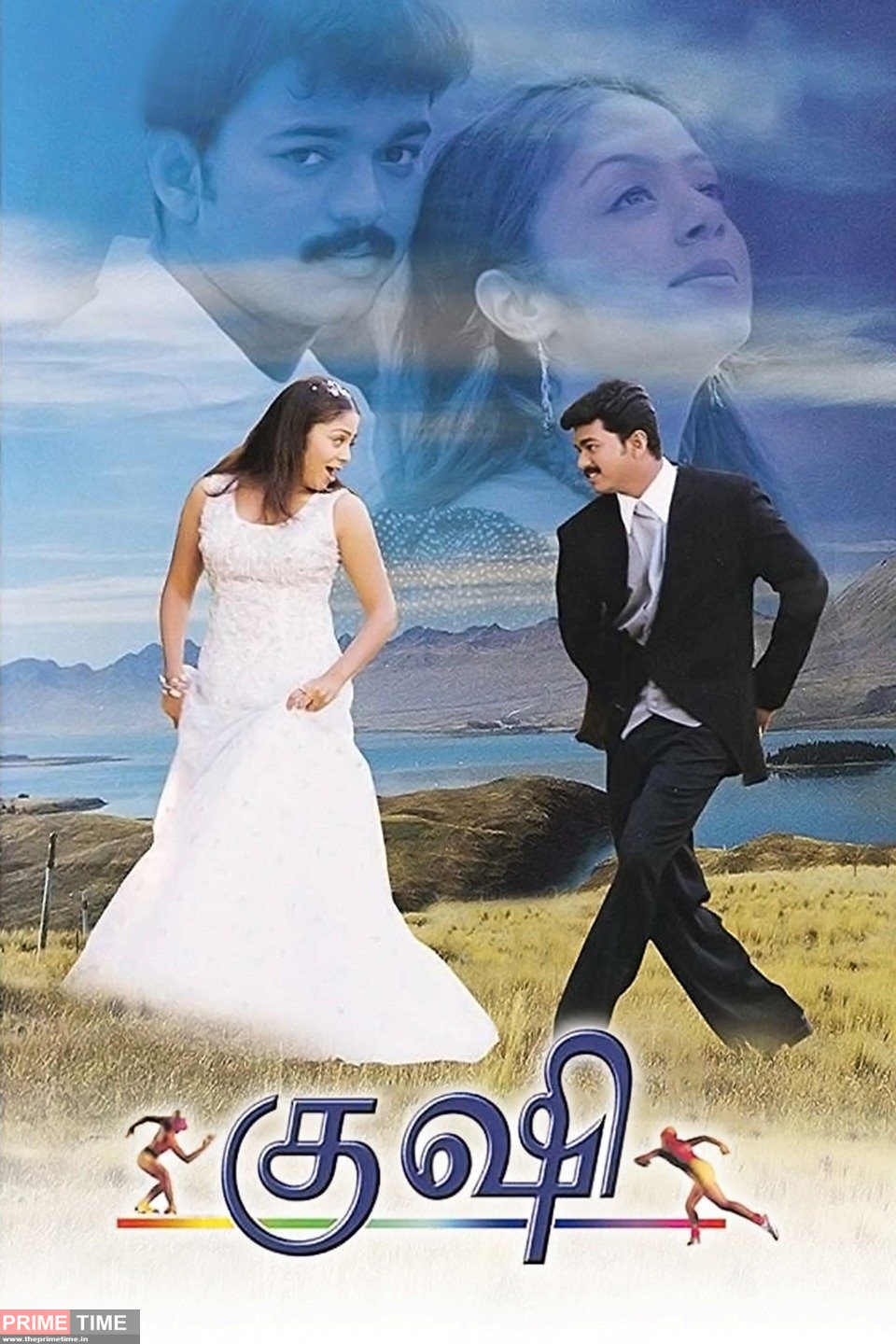 Kushi is a romantic comedy film directed by S. J. Surya and produced by A. M. Rathnam. The story opens in Calcutta where a boy is born to a wealthy couple, a Tamilian father and a Bengali mother. After many close-up shots of the woman in labour the camera shifts to a village in Tamil Nadu, where a baby girl Jennifer is born in a middle-class Christian family. After some encounters when they are too young to be aware of each other, they finally meet in college in Madras. 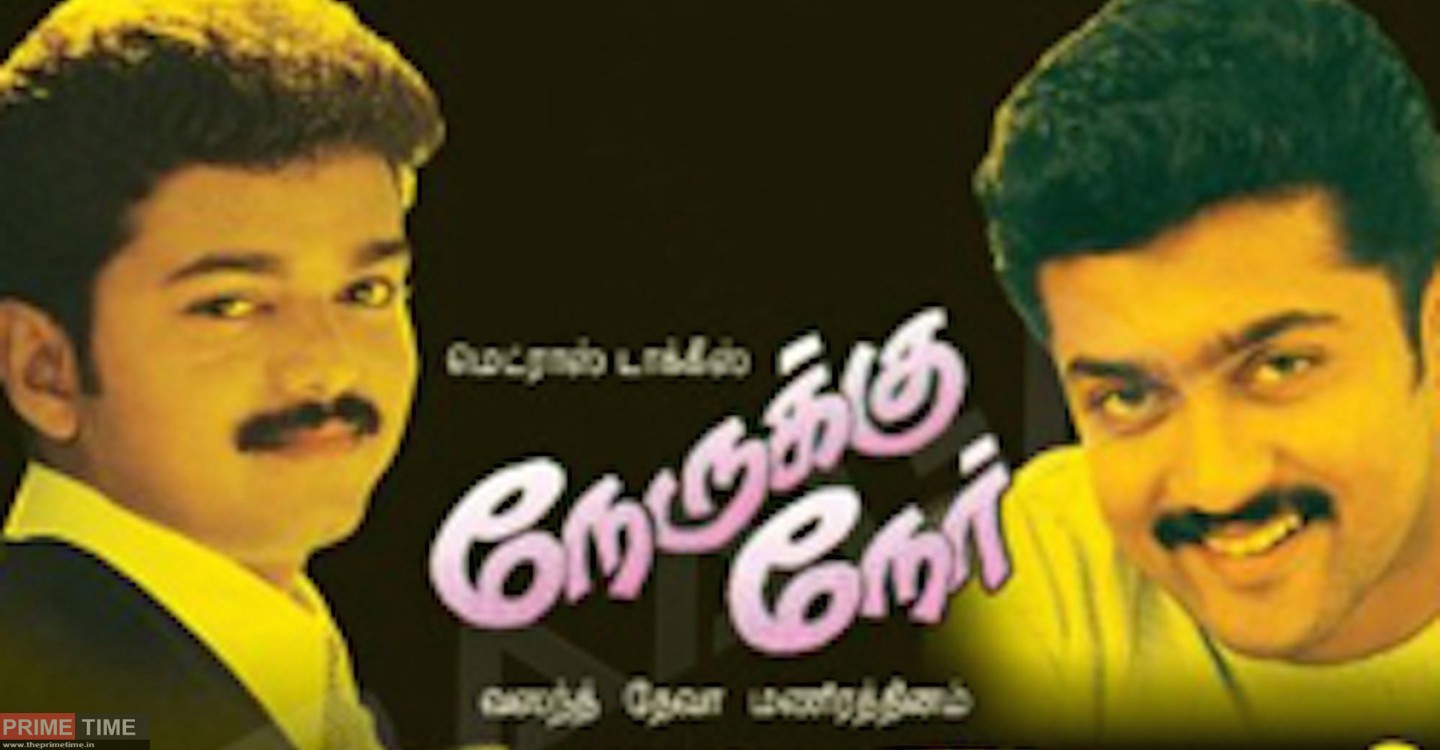 Nerrukku Ner is an action comedy thriller film written and directed by Vasanth and produced by Mani Ratnam. The story is  Raghu and shanti are divorced couple which sparks problems between Suriya(shanti’s brother) and Vijay(Raghu’s brother). The film features Vijay and Suriya in lead roles, while Simran, Kausalya, Raghuvaran, Shanthi Krishna, Baby Jennifer, Karan, Vivek, Manivannan and Prakash Raj played the supporting roles.Deva and K. V. Anand handled the film’s soundtrack and cinematography respectively. It was dubbed into Telugu as Mukha Mukhi.