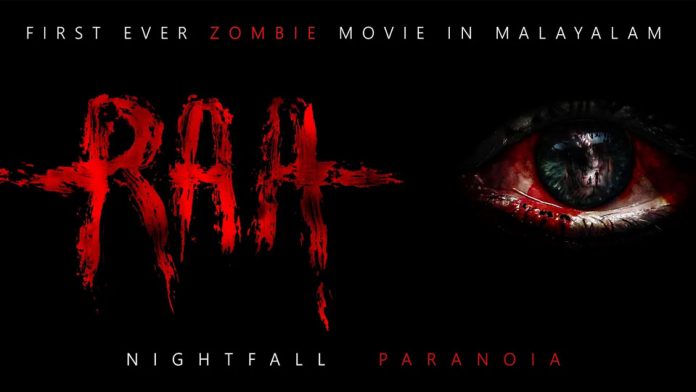 We go through a situation where we have to be locked inside the house full of fear. A time when reunions stand apart. The cast and crew of ‘Ra’, the first zombie movie in Malayalam, are gearing up to bring the scary moments of a similar situation to the silver screen. The sneak peeks video of the film has been released.

The people behind it said that ‘Ra’, which will be released with the tagline ‘Nightfall Paranoia’, will live up to the expectations of the audience. With no song, dance, or comedy, the film is a direct look at a nightmare full of fear. The film is directed by Kiran Mohan, a Kochi native who has directed the horror film ‘Brahmapuri’ in Tamil and the thriller ‘Sandalakar’ which is being prepared for release on Amazon. Manu Gopal is the co-writer of Prithviraj starer ‘Ezra’. Produced by Abil Abubaker under the banner of Olala Media.