Bollywood Younger Hero Sushant Singh Rajput Is Suicide. Karan Johar Social media has been blaming Bollywood’s relatives, Mafia and Karan Johar indirectly for the death of Sushant. Karan Johar’s name has been trending on Twitter since this morning. Netizens comment that Sushant was murdered altogether.

Sushant hanged himself at his residence in Bandra on Sunday (June 14). Sushant’s suicide has spread on social media. Due to the Depression, Sushant died. But the cause of the depression is the mafia in Bollywood, netizens commented. Karan Johar’s name is trending to this extent.

Firebrand Kangana Ranaut continues to dominate Bollywood’s monopoly, nepotism, and heritage. Today, however, those videos are going viral. Kangana boasts that she has spoken the truth. They are bragging that they are facing a lot of courage.

However, netizens are blaming Karan Johar and his mafia for the death of Sushant. Recalling that he was not given a chance at Dharma Productions, he also broke up with Alia in the past with Coffee with Karan.

However, Kushboo responded to the trolling that has been taking place on Karan since this morning. ‘With the judgments you make, it is possible to get emotionally depressed. A lot of people are doing just that. it’s also on Karan Johar. You don’t know about him personally. Where then do you have the right to say what he is? Leave him alone. 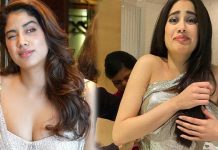