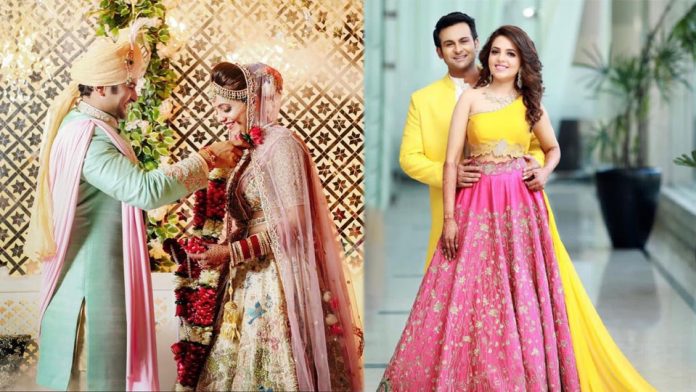 Famous host, comedian, and ‘The Kapil Sharma Show’ fame singer Sugandha Mishra is in the news these days about her recent wedding. He has made famous comedian doctor Sanket Bhosale his companion. Sugandha Mishra and Dr. Sanket Bhosale’s marriage ceremony was attended by family and close friends only amid COVID-19 protocol. Both have been dating each other for a long time. Amid lockdown, the couple got married on April 26. Now an undisclosed video has surfaced of both of them. In which Sugandha’s dance is winning the heart of her fans.

Due to the lockdown, only special members of the household were present in this marriage. According to reports, Sugandha Mishra and Sanket Bhosale married in Jalandhar, Punjab. Sugandha and Sanket have now started sharing their wedding photos and videos on social media gradually. In which a video has also appeared in which both Sanket and Sugandha are seen doing a tremendous dance. This bhangra fan of the groom’s bride is very much liked.

Please tell that Sugandha has shared this video from her Instagram account. In which some moments of turmeric ceremonies are seen. In this video, Sugandha is seen in a yellow saree, while Sanket in a white kurta. This video of Sugandha’s wedding has now been cast on social media. Apart from this, Sugandha has shared many pictures of mehndi. In which they are looking very cute brides. He has given many poses showing mehndi’s hands. The design of his mehndi was also fantastic.