The process of application for GD constable recruitment exam of Staff Selection Commission (SSC) is going on. This time a total of 25271 posts of constable have been recruited. The applied candidates will first be called for the written test. Successful candidates in the written examination will be called for Physical Efficiency Test (PET) and Physical Measurement Test (PST). Those who will qualify in PET and PST will be called for medical examination and document verification. Those who qualify PET, PST, Medical Examination and Document Verification will be included in the final merit. Like every time lakhs of candidates will apply for this, so obviously there will be a tie in the marks of many candidates in the merit. That is, they will have the same marks.

Rule
– If the marks of two or more candidates are same then their Part A Marks of Written Test (CBT) will be considered. Whose marks will be higher in Part A, he will be placed higher in the merit.
If Part A of their written test is also same then Part B will be seen.
If the numbers are the same in Part B as well, then the date of birth will decide. Whoever is older, will be placed higher in the merit.
If the date of birth is not decided, then alphabetical order of the names will be seen. The name of the person whose name comes first in the alphabet, his/her name will come up in the merit. 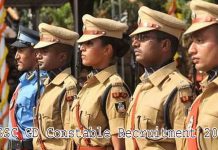 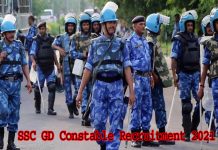