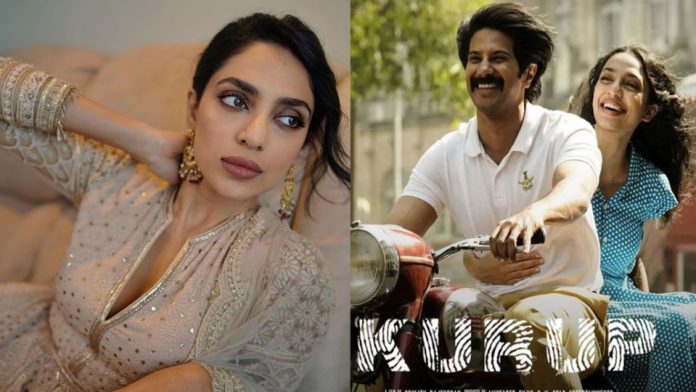 Sobhita posted an image from the film and expressed, “People of Kurup: @sobhitad as Sharada @dqsalmaan : The amazing @sobhitad breathing life into the beautiful Sharada. It’s been an absolute privilege to have you as part of #Kurup. The way you transformed as Sharada, your sincere portrayal of her and your patience with a young, inexperienced production house are all things we will never forget. Cannot wait for all of you to fall in love with Sharada(sic).” 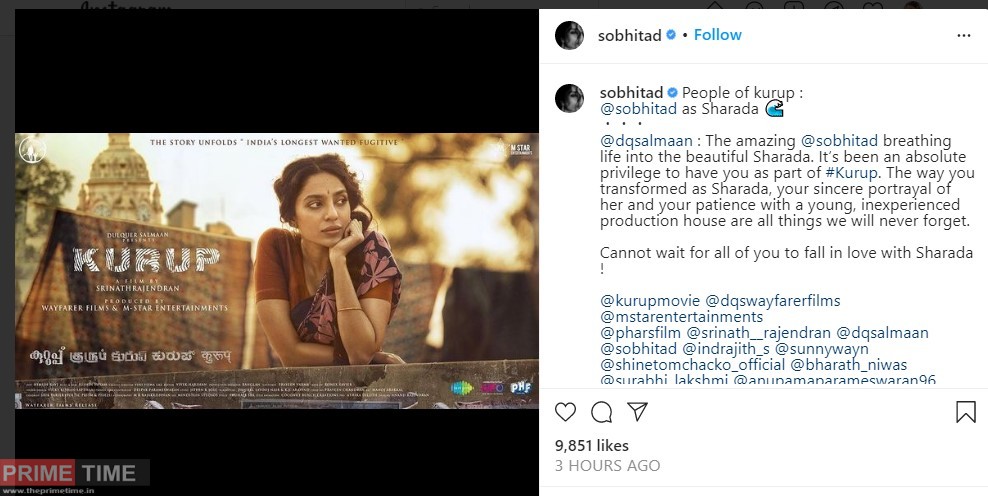 The film is directed by Srinath Rajendran and produced by Wayfarer movies and M-star Entertainments. The film likewise stars Dulquer Salmaan, Indrajith Sukumaran, Shine Tom Chacko, Sunny Wayne, and Bharath Niwas.
The film will be delivered in different dialects across India.
Kurup stars Indrajith Sukumaran as the cop on the killer’s trail. Sobhita Dhulipala plays Kurup’s wife.  Filmed in Malayalam, Kurup has been dubbed into Hindi, Kannada, Tamil, and Telugu and will be released in theatres on November 12. 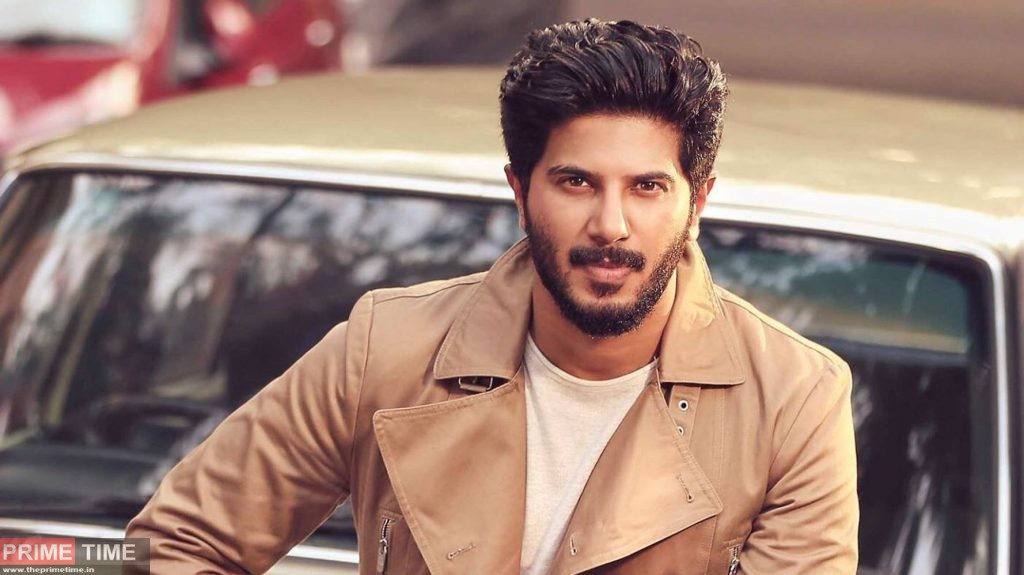 The movie ‘Kurup’ is based on the real-life of Sukumara Kurup, India’s longest wanted conman, who hails from Kerala. For the new generation of 37 years, the Kerala Police has not managed to find Sukumara Kurup. He is accused of murdering a man named Chacko in 1984, using Chacko’s corpse to fake his own death, and claiming insurance money. While Kurup’s accomplices were caught, the ringleader’s disappearance turned him into an “urban legend” Keralites. Sukumara Kurup is still an unsolved mystery. The Burj Khalifa promotion may inculcate curiosity about the tale of a fugitive still on the run for over three decades. 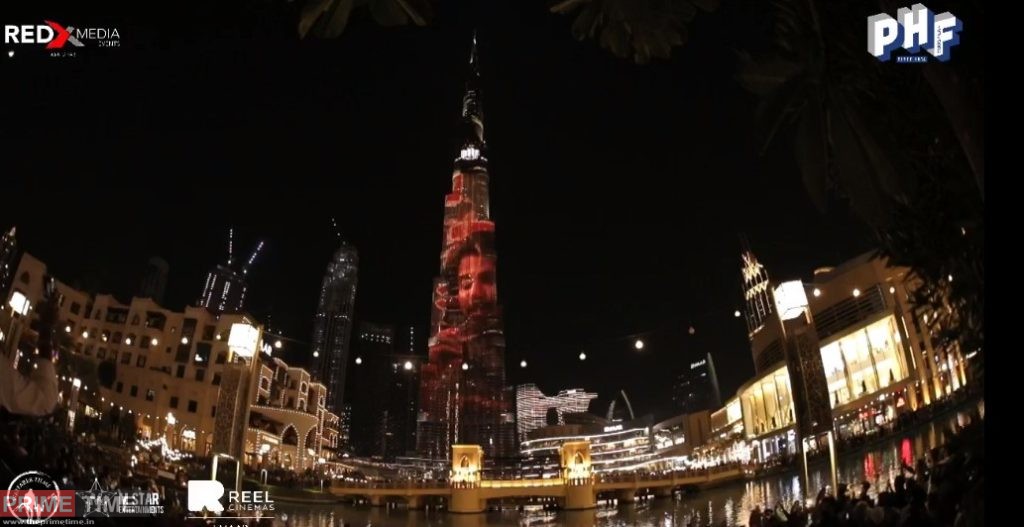