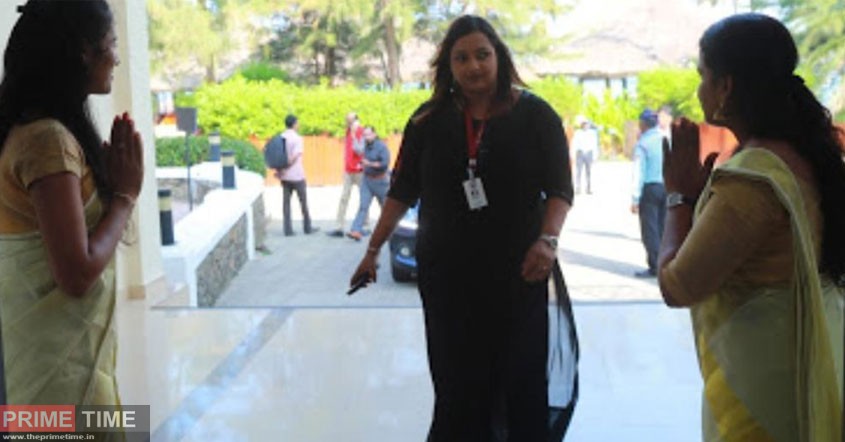 One of them took a selfie from his phone. It came to the outside world with the arrival of various police groups. Such selfies are banned by the police. In this case, the department head will conduct an investigation and take action against them.
But in the meantime, The nurses testified that they did not make the dream phone call from inside the women’s cell of the Thrissur Medical College Hospital. There is no indication that the phone rang during the intelligence investigation. The medical college principal’s report will be handed over to the jail department today. Various doubts are active about this. It is reported that the voice message was sent through WhatsApp.At the hospital, there were indications that the dream superiors had been contacted by phone. The hospital superintendent called all the staff on duty in the women’s cell and sought information. The employees said that they did not know anything. However, the NIA received information that Swapna had called Thiruvananthapuram from the phone of one of them. However, the principal of the medical college said that no one had lodged a complaint seeking an inquiry into the phone call inside the dream cell. MA Andrews informed.
Meanwhile, the NIA has released the details of the celebrities who visited Swapna Suresh Hospital for the last six days, Checking. Investigative agencies say the dream, which returned from a six-day detailed examination and returned to the hospital in full health, came to the hospital the next day with chest pains. The suspicion is also active that the dream phone call may have been using WhatsApp or Telegram. The NIA asked why Anil Akkare visited Swapna on the night of her admission to Thrissur Medical College, Checking. Anil Akkare had alleged that Minister AC Moideen had arrived at the hospital. Currently, Swapna Suresh is in Thrissur Medical College. Swapna was admitted to the hospital for the second time in a week due to chest pain.
Swapna was admitted to the Thrissur Medical College Hospital on September 7 due to chest pain. For the first time, they spent six days in the hospital. It is alleged that during this time the dreamer made several calls using the phones of some left-leaning nurses and was in contact with several high-ranking officials. Three women policemen were on duty inside the dreamward, and other police officers were on duty outside. The treatment was in their presence. The nurses also said that the key and lock of the room were in the possession of the police. The principal of Thrissur Medical College clarified that the investigation report related to the controversy will be received today.