All participants in the shooting will be accommodated in a single hotel at the respective locations until the end of the shooting schedule. Those who buy groceries on the set, the security team at the shooting location, and outsiders will not be able to contact them. No one in the group will be allowed to leave until the shooting is over. The film, which was scheduled to start shooting on the 17th, was rescheduled by COVID social spreading. The first ten days will also feature indoor scenes. The shooting will be shifted to Thodupuzha in two weeks. Mohanlal will join the shooting in Kochi on the 26th. 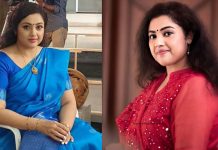