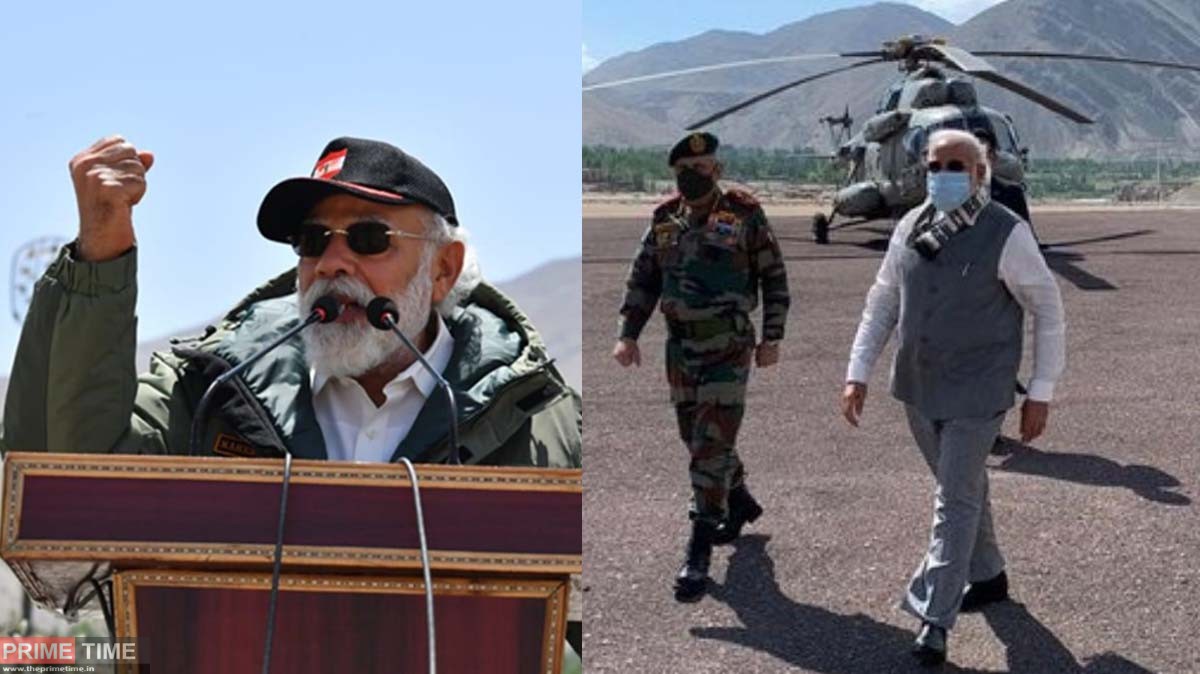 Shiv Sena leader Priyanka Chaturvedi said on Friday that Prime Minister Narendra Modi’s visit to Leh, Ladakh is important and it will give a good message of solidarity to the soldiers. Let us tell you that Prime Minister Narendra Modi suddenly reached Leh on Friday, just a few days after the violent clash between Indian and Chinese soldiers in East Ladakh. Here he interacted with Army, Air Force, and ITBP personnel.

Chaturvedi tweeted that PM Modi’s visit to Leh is important and that his remarks on June 19 will send a good message of solidarity, especially with the soldiers. If they were criticized for this, they should be accepted for it.

PM Modi reached Leh at around 9.30 am with the Chief of Defense Chief General Bipin Rawat. The Prime Minister went to an advanced site in Nimu. There he interacted with personnel of Army, Air Force, and ITBP. He said that senior Army officials made the Prime Minister aware of the border situation.

Situated at an altitude of 11,000 feet on the banks of the Indus River, Nimu is one of the most inaccessible places. It is surrounded by the Zanskar mountain range. Modi, while addressing the country on AIR on the monthly radio program ‘Mann Ki Baat’, said that India has given a befitting reply to those who look up at their land in Ladakh.

He also said that India respects the spirit of friendship, but if one looks at his land with eyes, he is also able to answer it appropriately. Paying tribute to the 20 soldiers who were martyred in a violent clash with the People’s Liberation Army of China in the Galvan Valley, the Prime Minister had said that India’s valiant sons showed that they would never allow the glory of Mother Bharati to come down. The Prime Minister’s visit comes at a time when the deadlock between the Indian and Chinese military continues in eastern Ladakh.

PM Modi and Lal Krishna Advani, seen with Ramayan’s ‘Sita’, shared the photo and said – this was the time when…

Nirmala Sitharaman who blocked Khushboo on Twitter. What’s the reason?

Shilpa Shetty gets a big position in the Fit India Movement

Mamallapuram is one of the most beautiful places in India: Narendra Modi

E-Gram Swaraj App launched, Panchayat will get all information, know how to us

Only Hindi Artists Are Invited…. So What Did We Do???