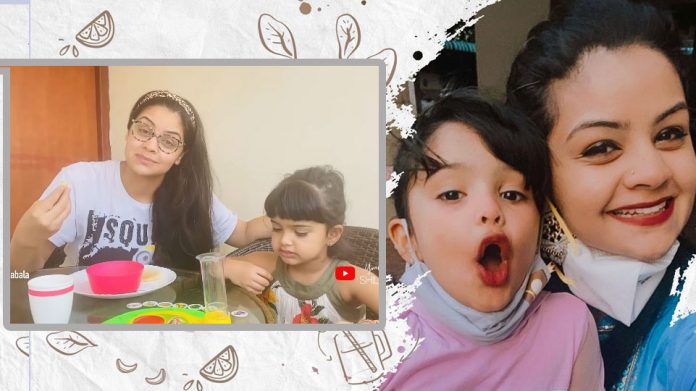 Shilpa Bala is a popular actress and presenter for the Malayalam audience. Shilpa’s husband, Dr. Vishnu Gopal, a native of Kasargod, married on August 18, 2016. She took a break took a break from Malayalam cinema after his marriage. Now, she is a doting mother. Her daughter Yamika is one of the much-loved celebrity kids. Shilpa and her keep the netizens entertained with photos and videos. . The three-year-old is winning hearts with her cute expression and words.

She shared the video on her Youtube channel, saying “What my picky toddler eats in a day?”. In this Video shilpa is talking about the food she serve to her toddler. The Video got the attention of many.

Shilpa Bala started her career as a presenter in Television channels. She entered the Malayalam film industry in the year 2009 through the movie “Orkkukka Vallapozhum”, and her other notable movies are ‘Chemistry’ in the year 2009, directed by Viji Thampi, and ‘Aagathan’ in 2010. She is a classical dancer and received ‘Kalathilakam Pattam’ at Arabia Youth Festival in 2005. Shilpa even learned Classical music which means being a fabulous dancer she is a great singer too.