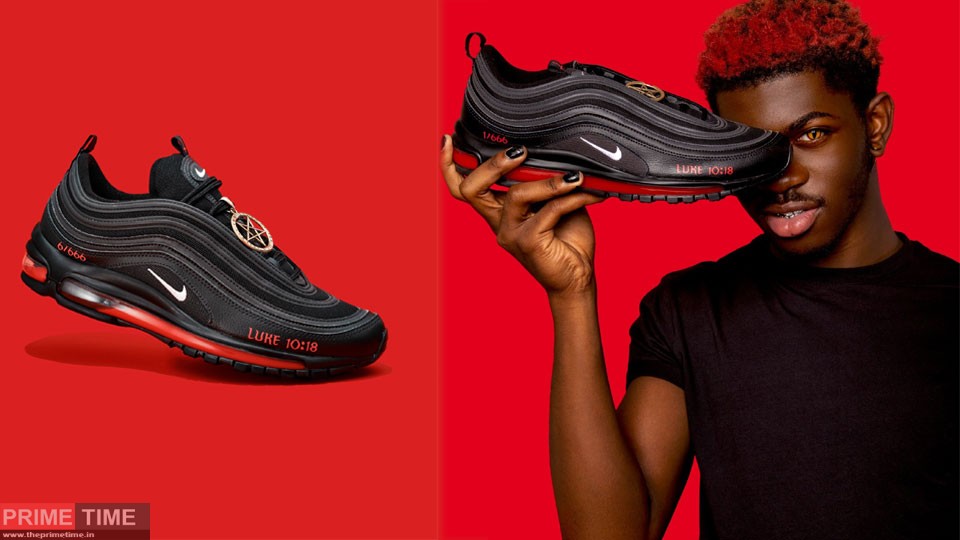 Black and red ‘Satan shoes’ are the trend now. Within seconds of its release, these satan shoes made of human blood were sold out. Satan Shoes was released on March 29 by Brooklyn-based MSCHF in association with American rapper Lynn Nass. The 666 number of shoes on sale on the company’s website sold out in less than a minute. The number 666 or Triple Six refers to the demons. The shoes feature an inverted cross and a pentagram. The Bible book of Luke 10:18 is also written on the shoes. What makes these shoes different is that they are made of a drop of human blood. Priced at $ 1,018. The value of the Indian currency is about Rs 75,000. Pictures of Linnas holding X shoes in her hand went viral on social media.

MSCHF is a well-known company for products such as toast-shaped soap and a chicken-like bong. Daniel Greenberg, one of the founders of MSCHF, said that a total of six workers here had donated their blood for Satan’s shoes. He added that without the help of medical professionals, the people in the company had taken the initiative. Both sides of the shoes are painted red with human blood. Meanwhile, the world-renowned brand with a complaint against the company Nike took the stage. MSCHF has launched Nike’s latest model, the Nike Air Max 97 shoes, under their own brand. The shoes also feature Nike’s brand logo. Nike has come out with an explanation following widespread complaints against Satan Shoes, including on social media. Nike has stated that it has no affiliation with MSCHF or NASX. Nike has never designed or released such shoes. The company added that they do not approve of them. The company subsequently filed a lawsuit against MSCHF on Monday alleging copyright infringement. But the company did not add Nass to the case.