On Tuesday, on the eve of Gandhi Jayanti, Samajwadi Party will raise a number of issues including inflation, unemployment, law and order and oppression of Azam Khan by peacefully staging tehsils across the state on 11-point demands. At the same time, on October 2, Gandhi statue at GPO will be resolved to discuss Bapu’s favorite hymns, patriotic songs, biography and his dream of making India. SP president Akhilesh Yadav will also attend the event to be held here.

The party’s national secretary and chief spokesperson Rajendra Chaudhary said on Monday that the anti-people policies of the BJP government will be exposed in the dharnas taking place in the tehsils. On August 9, the SP had staged a peaceful sit-in at the district headquarters over public issues, but the government remained inactive. Conversely, there was a huge increase in electricity rates from 1 September.

Long fines are being imposed in the name of traffic reform, Azam Khan and his family continue to file fake cases in retaliation. Development work is closed. Businesses are closing. The situation of minorities is pathetic. In Shahjahanpur, the rape victim is pleading for justice and concessions are being given to the accused. He told that the BJP government is suppressing the voice of justice. 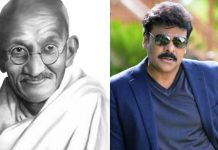 On The 113th Birth Anniversary of Lal Bahadur Shastri, A New Book Will Be Released On His Life And Work

Gandhi Jayanti 2019: school children will pay tribute to Bapu by lighting solar lamps on Gandhi Jayanti, more than one million children from sixty...