People have now either stopped relying on Chinese products or have started uninstalling Chinese apps like TikTok for various reasons. The TickTalk app has suffered a loss after the tick talk vs YouTube war broke out on social media. Now OneTouch Apps Labs has also developed an app called Remove China Apps ‘Remove China Apps’. This application is also now available on Google Play Store.

The app has received more than 100K downloads so far and more than 24,000 users have written its reviews. The app has got a solid ‘4.8-star rating’ on the Play Store. As the name suggests, this app basically scans the apps on your smartphone that has been developed by Chinese developers.

This app is only 3.5 MB and there is no hassle of any advertisement in it. This in itself shows that the developers do not want to earn money from this app, rather they just want to buy a Chinese app.

If you want to try this app, then go to the Play Store on your Android smartphone and search for ‘Remove China Apps’. Download and install the app on your phone and open it. Allow the app to scan whether there is a Chinese app in your phone. Now, next to the app you want to uninstall, tap on the ‘red bin’ icon and confirm the process to get rid of the app. 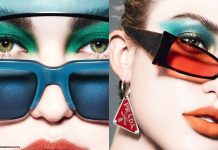