BJP slams Arundhati Roy for criticizing Union Government A senior official to give false information when the information collection of the population against the register BJP leader Uma Bharti, Shivraj Singh Chauhan and has.

Arundhati Roy had said that when she asked for the name of NPR, Ranga-Billa and Kungfu-Kutta should be given false names. BJP leader Uma Bharti has said that Ranga-Billa is the culprit in the 1970s. Talking to NPR, Uma Bharti alleges that Arundhati can only remember the names of the culprits like Ranga and Billa and forget the names of the great men Ashfaqullah Khan and Ram Prasad Bismil.

A woman like Arundhati is ashamed to worship Ranga-billa. Uma Bharti tweeted that Arundhati’s views are not only feminine and anti-human but also very hateful. Former Madhya Pradesh Chief Minister Shivraj Singh Chouhan criticized the creation of a register of these people if they were intellectuals. 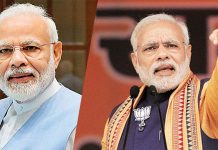 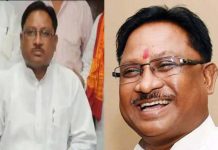