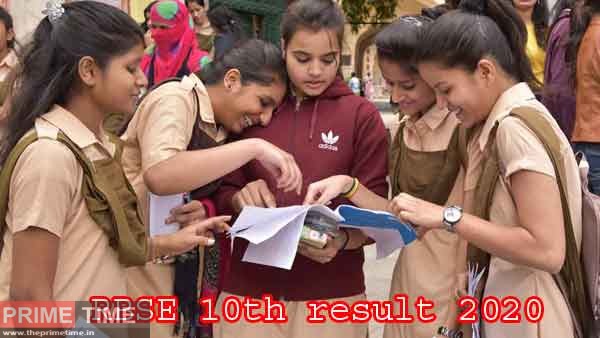 After the results of the Rajasthan Board of Secondary Education, Ajmer 12th Arts, now Rajasthan is preparing to release the Class X results. Let us tell you that today Rajasthan Board 10th results are not being released. According to some media reports, the board may release the results today, but no official has confirmed it yet. However, the board has not yet released any date for the tenth results. But it is being said that the result may be released this week or next week.

Rajasthan Board 10th results can be released on the board website rajeduboard.rajasthan.gov.in and rajresults.nic.in but you will also be able to check your result on live Hindustan.

The remaining examinations of Rajasthan Board 10th were held in late June. The exams of the Social Sciences and Enumerated two papers of the 10th were postponed due to the Corona crisis. The Rajasthan board had decided to do them again. Examinations of Hindi, English, third language, and science had already taken place.