Veteran Kannada television star Mebina Michael has died in a car accident. He was 22 years old. Mebina and her friends are active in...
Read more
Film News

Gokulan is getting married. Dhanya is the bride. Only relatives and friends attended the wedding at Perumbavoor Iravirachira Temple, which met the lockdown criteria. Gokulan played...
Read more
News

The end of the wait for many people. The BawQ app for liquor delivery came into the Play Store. Faircode Technologies has released a...
Read more
News

The Bevque app for alcohol sales hangs. Some customers say they are unable to download the app. The downloaded app also has access to...
Read more
Home News PSC exams to be held from June
News
May 18, 2020 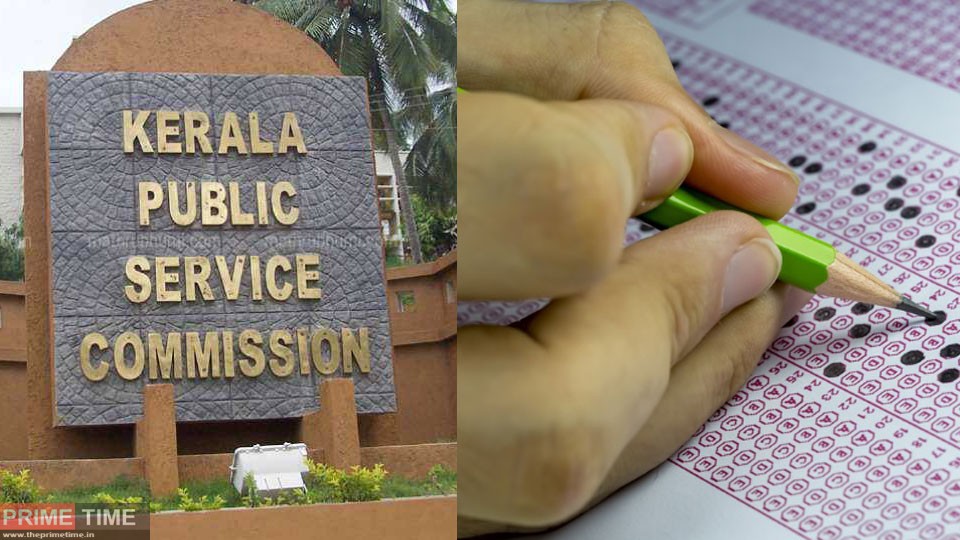 PSC exams to be held in June. The exam will be held to restore public transport. Priority will be given to short and postponed applicants. Examinations will be carried out with stringent conditions prescribed by the Department of Health to combat Kovid. PSC has decided to conduct small tests online at its own examination centers. The OMR exams are expected to start in August.
In March, April and May, the PSC had scheduled 26 exams for 62 posts.

All preparations for these exams were completed. The exam papers were purchased from the applicants and the question papers were prepared. These can be difficult to keep. So postponement tests should be conducted as soon as possible. The PSC meeting has decided that the applicants are yet to be given the opportunity to be guaranteed the written test Most of the postponed exams are expected to be completed by June and July.
Last Grade has 6.90 lakh applicants in 14 districts. It was earlier scheduled to be launched in September.

But it is likely to take place in October or November. The current rank list for Lastgrade is due on June 29, 2021. Both the LP and UP teacher exams are to be conducted this year. The current rank lists will be canceled in December 2021. LP has 1.07 lakh applicants and UP has 36,000 applicants. Staff nurses in the health department also need to prepare a new rank list. The current list will be canceled on July 15, 2021. More than 73,000 people applied in 14 districts. This too has to be done this year.

The exams for LD Clark and Last Grade Servants are scheduled to be completed before November this year. LD Clark has 17.60 lakh applicants. It was originally scheduled to start in June. The date is likely to be fixed after August. The current rank list has an expiry date of April 1, 2021. After that, the new rank list should be published.

The new notification was also issued to Uniform Forces like Police and Excise. There is a rank list but it is one year. They will expire later this year. More than 16 lakh applications have been received by all forces. In addition to OMR, they also need to undergo fitness and fitness tests. Completing them this year is a major challenge for the PSC.

Veteran Kannada television star Mebina Michael has died in a car accident. He was 22 years old. Mebina and her friends are active in...
Read more
- Advertisement -
Film News

Bollywood actor Salman Khan and heroine Bhagya Shree co-starred in the film 'Main Pyar Kiya' in 1989. The chemistry of the two on the silver...
Read more
News

Bollywood actress Bipasha Basu and actor Karan Singh Grover are in the news after a long time. Karan-Bipasha, who lives in Limelight, is in the...
Read more

Harry Potter Narrator’s New Writing for Children will be...

The Karnataka government is planning to open the Shrines...

Beijing: the resulting Chinese researchers hope the vaccine in people adyapariksanattil vairasinetireyulla corona. Chi's claim that the first phase of the experiment was successful. China has just...
Read more
News

Bev queue app has been delayed due to lack...

Thiruvananthapuram: Constituency of the Constituent Assembly Will divide. The Minister of Public Relations and the Secretary-General of the Ministry of Foreign Affairs of India A xxi...
Read more
News

Tamilnadu Deputy Chief Minister O Panneerselvam has been admitted to a private medical clinic at Amanjikarai in Chennai. Sources said that Panneerselvam had been...
Read more
News

Google has granted permission to BevQ, a virtual queue app, to buy liquor in the state. The liquor stores in the state are expected to...
Read more
- Advertisement -

The Bevque app for alcohol sales hangs. Some customers say they are unable to download the app. The downloaded app also has access to...
Read more

Superstar Mahesh Babu fans are extremely excited since Rajamouli announced that his next project is with Tollywood Prince. Although...
Read more

Gokulan is getting married. Dhanya is the bride. Only relatives and friends attended the wedding at Perumbavoor Iravirachira Temple, which met the lockdown criteria. Gokulan played...
Read more