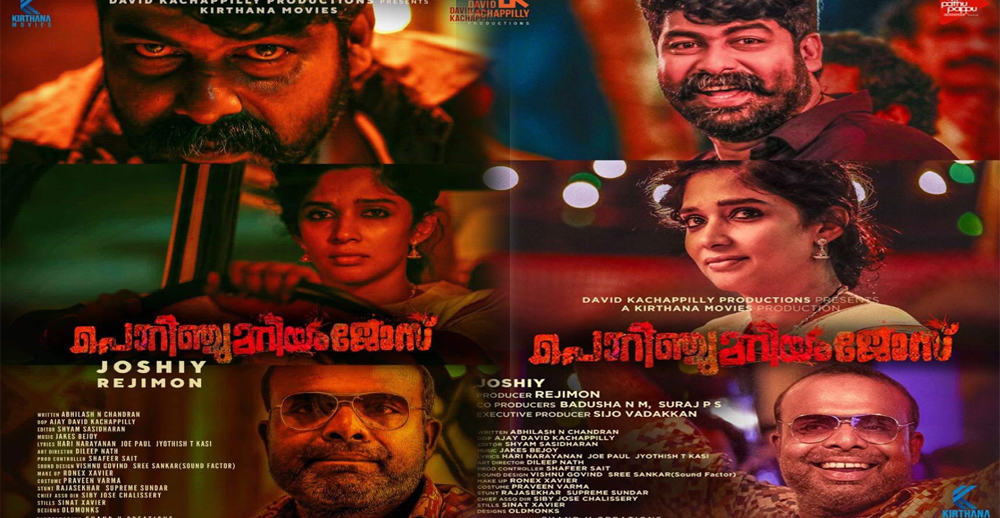 Joshiy has proven himself a mass-action hero maker with his movies in yore with Mohanlal, Mammootty and Suresh Gopi. And this time, with a few minor appropriations for the newer times, he runs his ‘magic wand’ for Joju George.

Porinju, a good-hearted brute who is out to help everyone, wouldn’t allow anything befalls his good friend Jose. Trouble brews when Jose gets into a skirmish taking a stand for Mariyam, Porinju’s lady-love, that puts a series of violent outbursts in motion.

Porinju Mariyam Jose is a cinema about friendship, love, kinship, and guilt. It is also a subtle tribute to the 80s that does not ride on nostalgia. Porinju Mariyam Jose is Joshiy making an ‘angry young man’ out of Joju. Nylah as Mariyam, the strong, independent and the ‘damsel-capable-of-causing-distress’ reminds you of Manju Warrier in Kanmadam. Nylah transformation into the character is evident. And that lack of ease in the character shows.

Chemban Vinod is truly the star performer here. He comes in with panache and stays the ground as Jose – seamless. Jake’s Bejoy’s background score and music, with no trace of the 80s, works well with the narrative. The visuals and lighting by Ajay David Kachapilly’s are good, especially the Godfather-Esque God’s-eye shot.

Porinju Mariyam Jose is Joshiy’s tribute to the 80s, the time and the movies of the time. Time and again, without being too nostalgic about the time, he pays tribute to Bappi Lahiri’s disco, Kishor da’s melody, Kamal Hassan, Sridevi and Amitabh Bachchan. By referencing the climax of Moonram Pirai he also subtly hints at the sort of ending you could expect. The plagiarism dispute aside, Porinju Mariyam Jose has a good story at hand from Abhilash Chandran.

A good cast giving us a reasonably good performance, and a hitmaker, Porinju Mariyam Jose gets tad bit predictable. But one may watch it for the spectacle at offer by the narrative genius and the unrequited love story in the sidelines. 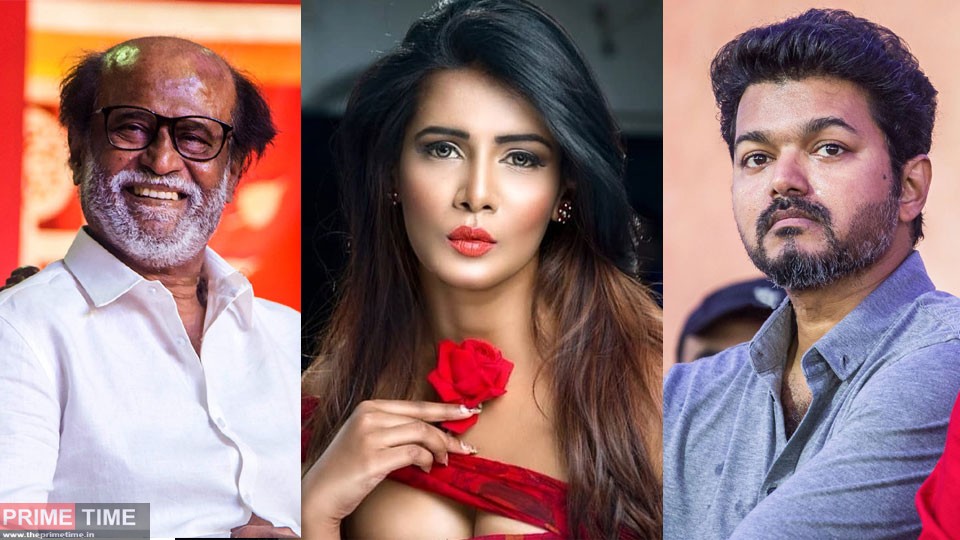 Meera Mitun, a self claimed manakin associate degreed an player WHO was a section of flicks like Thaanaa Serndha Koottam and eight Thottakal was a contestant of the third season of reality giveaway Bigg Boss, and since then has been posting defaming, arguable tweets regarding numerous celebrities.After propulsion Kamal Haasan, Trisha, CM Edappadi Palanisamy and lots of others, currently Meera Mitun has tweeted that as Kollywood unheeded her, she’s in Hollywood. She more that Rajnikanth and Vijay are attempting to sully her, and she’ll take legal actions against them.

TN is dying, save all ur ass. My ass is in a luxurious safest place living the best of my life. @rajinikanth (kannada ) @actorvijay ( Christian ) are doing the best to defame me ?! I won't hesitate to take it legally on cyberbullying Woman harassment Act ! God is watching 👁️ pic.twitter.com/jV9v0G3emd

TN for tamilians, hindus i supppse, but malaylis, christians have dominated , doing injustice to a tamilian woman. But why are they still behind my ass ! Idk when my anger rages like kannagi who fired madurai, I would do the same to TN ! @narendramodi Destroy TN ! pic.twitter.com/Bb1zPoJVQ5

however What i do not perceive is Why is American state still behind my ass, talking(harassing)about Pine Tree State is their solely Job ?! American state for tamilians, hindus i supppse, however malaylis, christians have dominated , doing injustice to a tamilian girl.

TN boycotted me, thanks for the same thats why am a supermodel now , opened nationally, internationally . Also kollywood against me, thats y am in bollywood & hollywood. But What I don't understand is Why is TN still behind my ass, talking(harassing)about me is their only Job ?! pic.twitter.com/NIuSXoquEz

however why ar they still behind my ass ! Idk once my anger rages like kannagi WHO unemployed madurai, i might do identical to American state ! @narendramodi Destroy American state ! American state is dying, save all city ass. My ass is in a very luxurious safest place living the most effective of my life. @rajinikanth (kannada ) @actorvijay ( Christian ) do the most effective to sully Pine Tree State ?! I will not hesitate to require it lawfully on cyberbullying girl harassment Act ! God is observance ??️ “. 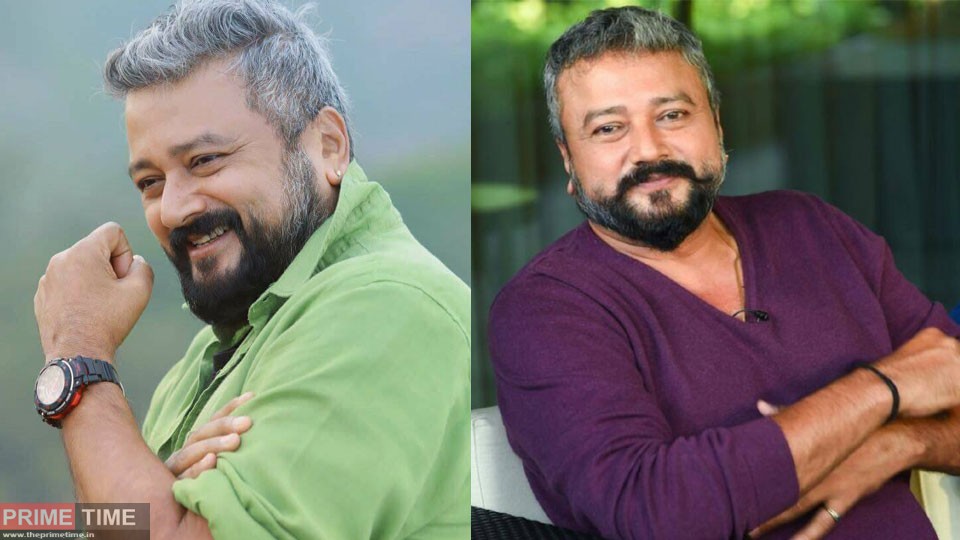 Actor Jayaram is open-minded about his political views as film stars become superstars in politics. Jayaram says that he is of the opinion that cinema should be abandoned when he enters politics. Speaking to a media, Jayaram said that he is not in a state of mind to enter politics now.

People need the ability to work from within as people. That is the political point of view in my mind. I do not have a mental preparation to go into politics now. Whenever I want to get into politics, I will stop filming and come to this field. ‘ Jayaram shares his political views. 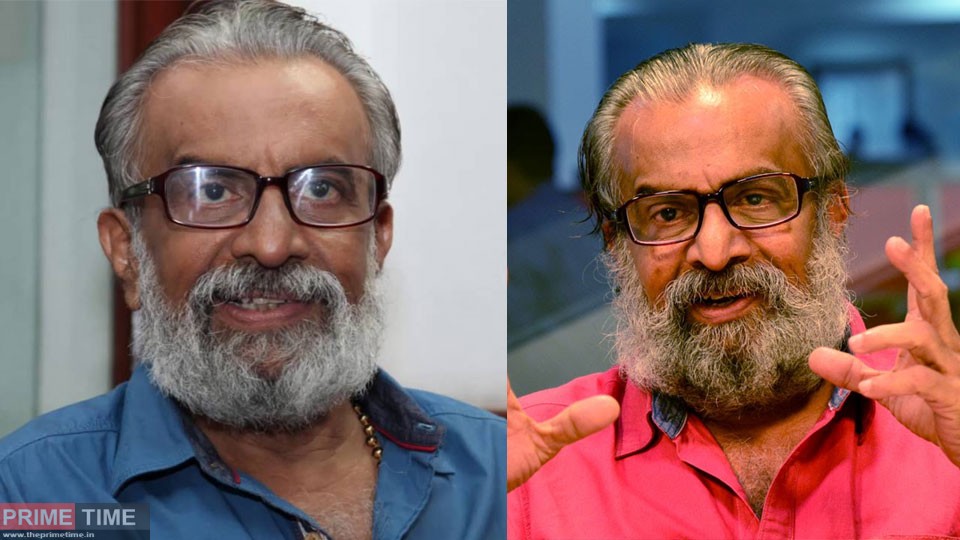 Prominent playwright, screenwriter and actor P. Balachandran is in critical condition. He has been undergoing treatment at a private hospital in Vaikom for some time due to meningitis. He was transferred to a ventilator two days ago after the disease worsened.

His wife Sreelatha Balachandran, children and close relatives are in hospital. The filmmakers were rushed to the hospital. He last acted in ‘Columbi’ directed by TK Rajeev Kumar, who was selected in the Indian Panorama category at the last Indian International Film Festival. He is a native of Sasthamcotta, Kollam.