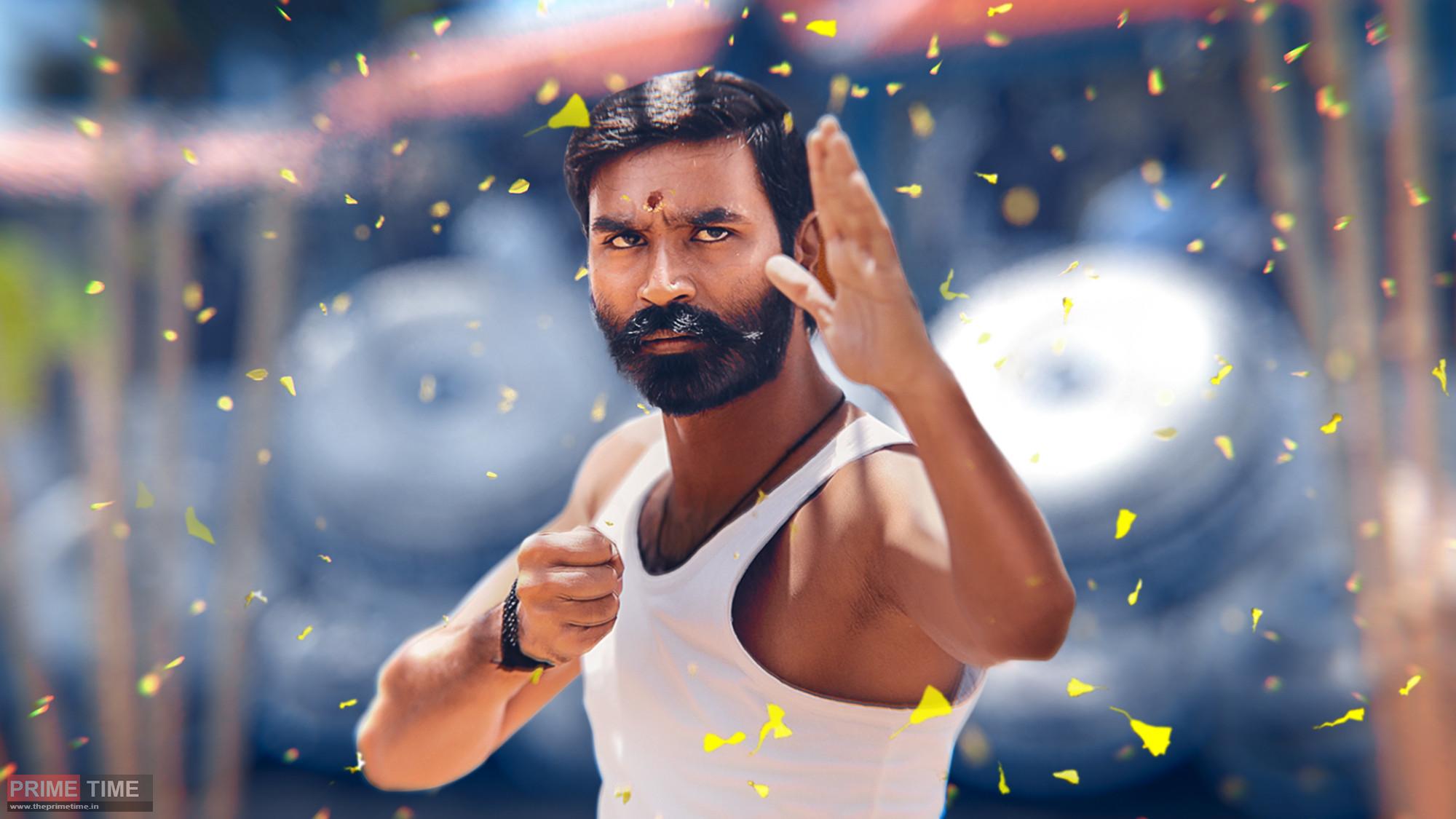 Every once in a while, our Tamil filmmakers stumble upon a forgotten or dying ancient art form and come up with a film glorifying it and bringing it to public consciousness – even if for a brief while. With Pattas, Durai Senthilkumar wants to do for Adimurai, a less heard of traditional martial art form from Tamil Nadu, what Indian did for Varmakalai and 7aum Arivu did for Bodhi Dharman. But the problem is he seems to have been carried away by the novelty of Adimurai, and gives us a formulaic action drama that is predictable from start to finish. Forget plot structure and scenes, even the lines here hold no surprise.

The film begins in 2001 with a woman, Kanyakumari (Sneha, solid), being sent to prison for murder. The action then cuts to the present where Shakthi alias Pattas (Dhanush, earnest) is leading a happy-go-lucky life that involves some small-time thievery and playful retaliation against Sadhana (Mehreen Pirzada), the pompous neighbourhood girl. The latter makes him steal from her workplace, a mixed martial arts academy run by Nilan (Naveen Chandra, ineffective). But little does he realise that he has a history with Nilan, until he meets Kanyakumari, his long-last mother, who wants him to avenge the murder of his father, Thiraviyam (Dhanush, again) and bring glory to Adimurai, the ancient martial arts form that he practised.

On the other hand, the director spends too much time on the Pattas-Sadhana track, which isn’t as funny as he wants it to be. There is no chemistry between the two leads, with Mehreen’s performance lifeless and Dhanush’s youthful antics coming across as juvenile. And even the portions that follow the film’s big revelation lack impact. Even the drama that we associate with the sports film genre is lacking in the MMA contest scenes, with Pattas made to take on lacklustre opponents. After the strong show in Kodi, it is a surprise that Durai Senthilkumar has gone to his middling Kaaki Sattai form and given us this Pattas with no bang.