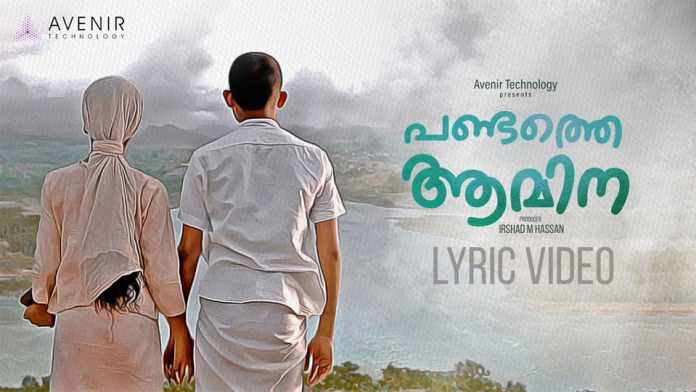 After the famous song, ‘Arumariyathe’ Avenir Entertainment has released the new Ramadan special song ‘Pandathe Aamina’. The Lyrical Video song music direction and the song is sung by Afzal Yusuff and Ajeesh Dasan. The was produced by Irshad M Hassan under the banner of Avenir Technology. The lyrics were Ajeesh Dasan the Song Programming was done by Dalton Aruja. The Flute is played by  Nihal Azad. The studio is Ayr Studios, and the song Mixed and Mastering by Arjun B Nair at Amala Media House Calicut. Lyric Video was prepared by Chethan PJ and the Title and Design by Suneer Muhammed.