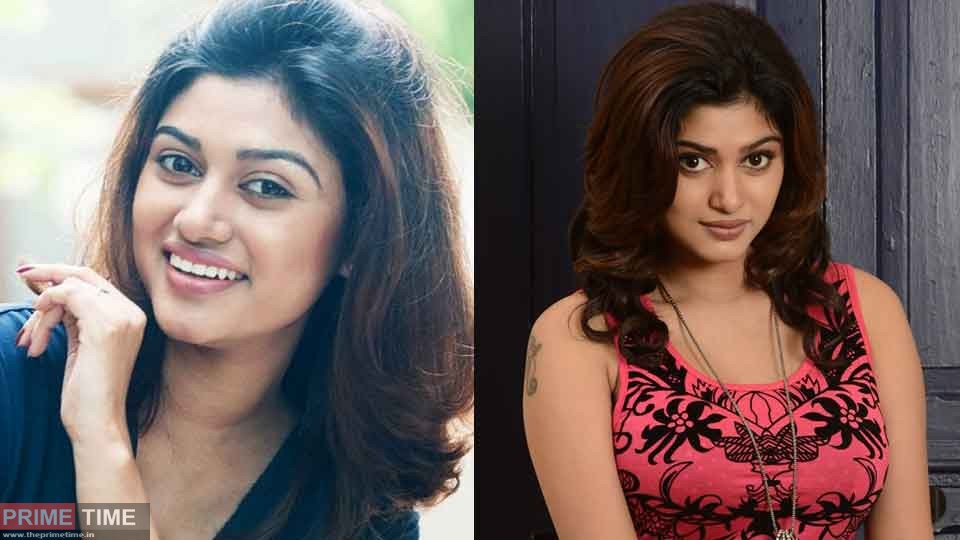 Actress Ovia’s tweet tweeting that she should not be mentally harassed enough to commit suicide for TV ratings has gone viral. The Big Boss show aired on private television for 3 seasons. Ovia, who competed in the first season, dropped out halfway through claiming he was mentally ill. On the 25th, he questioned the fans on Twitter as to whether the Big Boss show could be banned in this situation.

When many fans back then asked why they are posting this now. For the ratings, Big Boss said that mental harassment had taken place on the show and that he should try to change the rules in it. In the absence of cinema shooting, actress Ovia is currently spending more time on social websites. It is noteworthy that Ovia has been presenting many sensational ideas while talking to the fans.

Oviya began her career as an actress by portraying supporting roles in Malayalam films, notably working in Kangaroo (2007) and Puthiya Mukham (2009) starring Prithviraj and as one of the lead characters in the college drama Apoorva (2008). Oviya then worked towards completing a BA in Functional English at Vimala College in Thrissur, before director Sargunam approached her for Kalavani (2010). Sarkunam cast her in the leading female role after seeing a picture of her online and was convinced that he had found the correct actress to portray the role despite reservations from the producer. She was featured opposite Vimal, and the film subsequently gained positive reviews and became a sleeper hit at the box office. Critics praised Oviya’s performance of a village-based schoolgirl, with a critic from the Hindustan Times stating “Oviya’s marvelous expressions convey her gratitude, and she uses her eyes to say it all”. Similarly, a reviewer from The Hindu stated “Oviya looks cute and emotes well, which is a rarity these days”.

Who will win this Big Boss malayalam season 2 ?

Bigg Boss 13 Bulletin Day 15: Koena Mitra Out Of The House, Shahnaz Gill And Siddharth Dey Failed In The Task

Bigg Boss Malayalam 2: It is my fault for being separated from her husband! Arya Revealed.

Shiyas revealed his remuneration getting from Bigg Boss

Amid coronavirus outbreak, fans rush to airport to give Rajith Kumar legend’s greeting !!