Actress Sushmita Sen is considered as one of the most successful Bollywood actresses today. She is a single mother. Sushmita is not yet married but has adopted two daughters. In 1994, Sushmita became Miss India. However, from preparing for this tournament and winning this tournament, Sushmita’s journey was not easy. Especially the gown she wore during the grand finale of the competition. This gown has a different story. Currently, a video of Sushmita appears to be viral on social media. Which tells the story of how she created this gown.

When Sushmita started preparing for the Miss India tournament in 1994, she did not know that she needed an expensive dress for the grand finale of the tournament. She just had to win this tournament. But when she realized that every model in the competition had to wear 4 dresses. At that time, she had struggled differently for clothes. Because Sushmita didn’t have a dress to wear for the grand finale.

A post shared by EntertainmentBite (@entertainmentbite) on Apr 8, 2020 at 3:35am PDT

Sushmita says, I did not have enough money to wear designer clothes and perform, nor did I have any such clothes. I was a middle-class house girl and I knew my limitations. But the mother said, what if not clothes, people are going to come soon to see the clothes. They are going to see you. Let’s go shopping. We went to Sarojini Market and came with long clothes.

Sushmita adds, there was a teller near our garage. We took the cloth and went to him and told him, ‘This is going to be on TV. So sew nice clothes. This is how my Winning Gown was created. Mom made a bouquet of leftover cloth and applied it to my shoulders with black color socks and cut it into gloves. Those days are very important to me. Wearing those clothes, I became Miss India, and at that time I realized that it is important to have a good idea, not a person’s clothes. 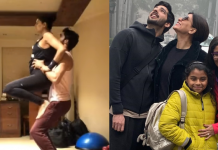 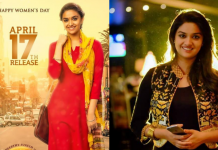