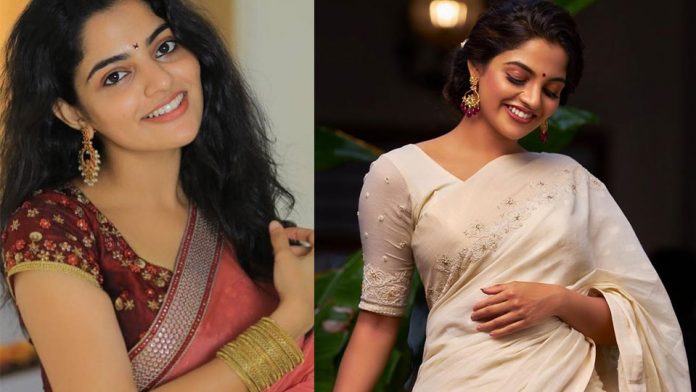 ‘I first wore a sari for the movie’ Love 24 × 7. It was an experience I will never forget while acting. I had no idea that Sathyan Uncle was coming to the location of the movie. I put on makeup and get ready for the shot. Take a shot that comes in slow motion. Coming that way in front of Sathyan Uncle is like dying for me. Uncle stands in front of me as I pick up the rehearsal. I ran straight to him and I don’t know where he went. ‘ Says Nikhila Vimal