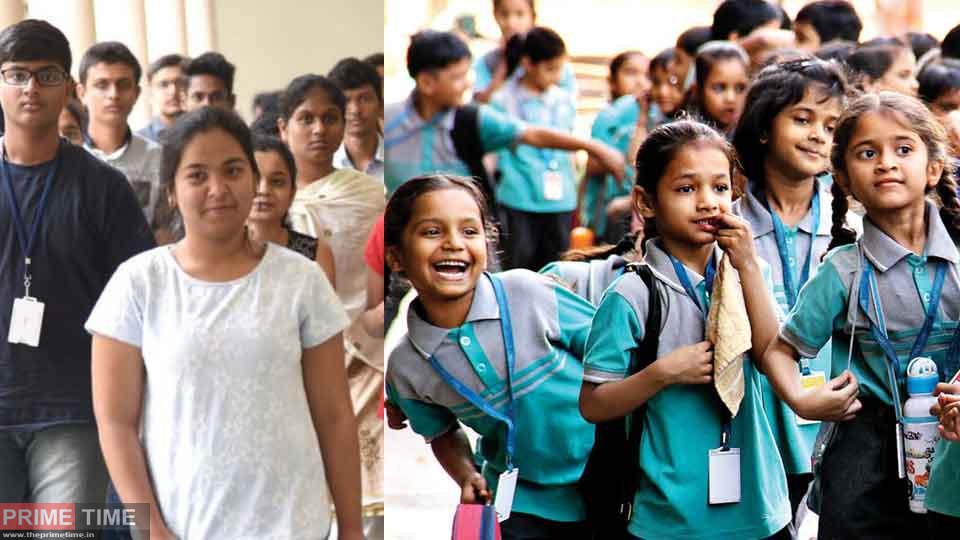 New Education Policy 2020: The Modi government on Wednesday approved the new education policy. In the new education policy, the format of 10 + 2 has been completely abolished. Till now the school curriculum in our country runs according to 10 + 2 but now it will be according to 5+ 3+ 3+ 4. This means that one part from the primary to the second class, then the second part from the third to the fifth, the third part from the sixth to the eighth and the last from the ninth to the 12th. Here, understand what is the system of 5 + 3 + 3 + 4 format

The first, three years children will take pre-schooling education in Anganwadi. Then in the next two years, children in class one and two will study in school. A new curriculum will be prepared for these five years of study. The focus will be largely on activity-based learning. It will cover children between three and eight years of age. In this way, the first five years of studies will be completed.

Preparatory Stage In this phase, classes three to five will be studied. During this time, children will be taught science, mathematics, arts, etc. through experiments. Children between eight and 11 years of age will be covered in it.

Middle Stage
It will cover classes 6-8 and children aged 11-14 will be covered. These classes will be taught subject-based courses. Skill development courses will also be started in class six.

Secondary stage
class nine to 12 will be studied in two phases, in which intensive study of subjects will be done. There will also be the freedom to choose subjects.

Earlier this system
was not pre-schooling in government schools. There was a general education from class one to 10. From class 11, subjects could be selected.

Other important changes in school education

There will
be changes in children’s report cards to assess children’s performance in schools. They will be assessed at three levels. One will be a student himself, another is a classmate and the third is his teacher. National Assessment Center-Parakh will be created which will periodically test the learning ability of children. About two crore children who have dropped out of education through 100% enrollment will be admitted again.