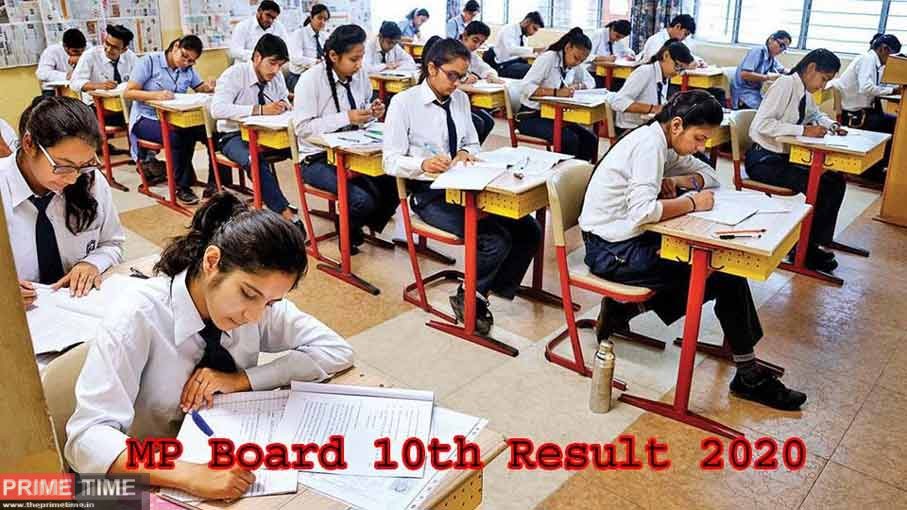 MP Board 10th Result 2020 update: MP Board will declare the 10th class result today. The results will be announced at 12 noon. More than 11.5 lakh students are awaiting their results. The results can also be checked on the live Hindustan with the official website of the MP Board. The result date of the 12th will also be announced soon. The evaluation of the 12th copies is also going to end soon. Students will be able to check the result at the following link.

Let me tell you that the two papers left of the 10th have been canceled due to the Coronavirus epidemic. Marks of these subjects will be given to students based on the paper that has been done before. Two papers in the mark sheet have been canceled, a pass will be written next to them. If a student fails in one subject, he/she will also be passed on the basis of three subjects. This time students are eagerly waiting for the results.

The evaluation of the copies was completed a few days ago. Earlier, the Madhya Pradesh Board of Secondary Education (Mashiman) had said that the results would be released in the first week of July. For the last two-three years, the board has been releasing the results of 10th and 12th simultaneously in mid-May. But this time the result has been delayed due to postponement of examinations due to lockdown. Let us tell you that the general promotion was given to all the 9th-11th students in government, aided and private schools of Madhya Pradesh. It is worth noting that the Madhya Pradesh Board of Secondary Education (MPBSE-MPBSE) had released the results of class 9th and 11th on March 23. The special examination will be conducted by the board later for the corona infected, quarantine, and differently-abled students who cannot appear in the 12th examination.

MP Board 12th Result 2020
Results (MP Board 12th Result 2020 Date) are expected in the third week of July. For the past few years, the MP Board has been releasing the results of both the 10th and 12th classes simultaneously. But this time the remaining examinations of the 12th board have just ended on 16 June. The evaluation work has started on 22 June only. The MP Board has said that the 12th result will be released in July.

This year, about 1.25 lakh students of both the classes had appeared for the board examination. For the last two-three years, the board has been releasing the results of 10th and 12th simultaneously in mid-May. But this time the result has been delayed due to postponement of examinations due to lockdown.

MP Board 10th, 12th Result 2020: Important information given by MP Board to declare the result