He interacted with Chaganlal, a street vendor from Sanwar in Indore district, Archana Sharma from Gwalior, and Dalchand, a vegetable trader from Raison district. Prime Minister Modi advised Chagandalal on how to improve his business by asking customers to return the pipe used to make the broom to reduce the cost of making the broom.

The Prime Minister advised him to use a clay pot instead of a single-use plastic bottle for drinking water to protect the environment. Modi asked about the Ujjwala project and how it benefited his family.

Talking to Archana Sharma of Gwalior, Prime Minister Modi asked if he could offer his joint sale ‘Tiki’ (Pattis). He asked Archana Sharma about the Swanidhi project and how it worked. He also asked if he knew about the Ayushman Bharat project. She said her husband was seeking treatment only through this scheme.

Modi then interacted with her husband Rajendra Sharma. Speaking to Dalchand, a vegetable trader from Sanchi in Madhya Pradesh’s Raisen district, Modi praised him for using the QR code digital platform to receive payments. He also suggested ways to improve his vegetable business. 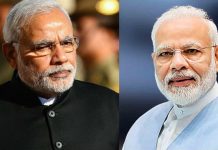 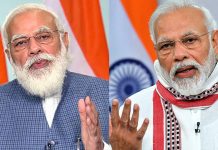