Chief Minister Yogi Adityanath has said that physicians, nursing staff working in hospitals will be paid an additional 25 percent of the current pay-honorarium for the days of Kovid service. Similarly, all health workers, doctors, paramedical staff, housekeeping staff, sanitation workers, ASHA and Anganwadi workers, etc. will be given an additional honorarium in the form of incentives for the work related to Covid.

Similarly, an additional honorarium will also be provided for other Corona Warriors. This additional honorarium will also be given for their isolation period after duty. The Chief Minister also said that the services of medical and nursing final year students will also be availed in Kovid service work. The experiences of retired health workers, experienced physicians, ex-servicemen should also be taken advantage of. They should also be associated with Kovid work. All will be given an honorarium as per rules. An order in this regard should be issued at the earliest.

The Chief Minister gave these instructions on Monday in a team 9 meeting to stop Kovid-19. He said that all necessary efforts are being made to improve the supply of oxygen in the state. On Sunday, seven hundred metric tons of oxygen has been supplied. Reduced unnecessary consumption based on preliminary reports of oxygen audits. The process is also being taken to make oxygen gas from the nitrogen plant by making technical changes. Oxygen Express will come from Jamnagar (Gujarat) with 40 tonnes of oxygen within the next one or two days. Similarly, a train with 10 tankers from Jamshedpur is reaching UP. Tanker is also supplying oxygen from West Bengal.

The command center should be made more effective in all the districts. The
Chief Minister said that Kovid Integrated Control and Command Center is expected to treat patients’ relatives sensitively. Our cooperative attitude will be big support for the family in this calamity. If a person is going for refilling of oxygen cylinders for a patient, he should not be stopped to cooperate as much as possible. Integrated Kovid Command Center has a backbone role in Kovid management. There is a need to make it more effective in all districts. The Minister of State for Health inspects the ICCC of Lucknow by surprise inspection. 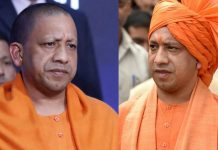 Action will be taken on delay in salary of newly appointed teachers of Basic Education Department: CM Yogi Adityanath