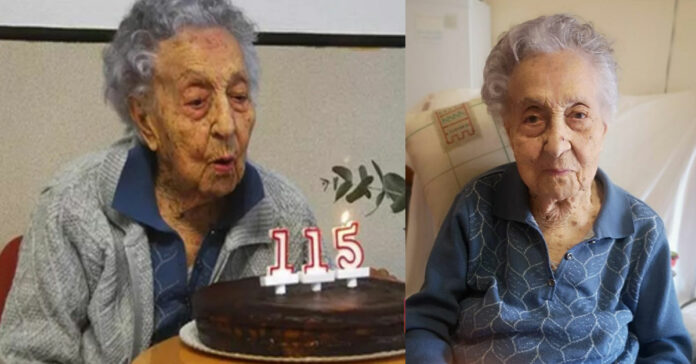 The oldest person still alive in the world is a Spanish woman who is 115 years old. After French nun Lucile Randon passed away on Tuesday at the age of 118, Maria Branyas Morera reportedly inherited the record, according to Guinness World Records. Maria currently resides in Spain but was born in the United States in March of 1907. The Guinness World Records tweeted a post on their official account verifying the news. The release also includes a note that provides a window into the life of the oldest person alive.

She was born on March 4, 1907, in San Francisco, California, according to the note’s additional information, one year after her parents arrived in the nation. The family settled in Catalonia before returning to Spain eight years later. Since then, Mara has made the place her home. She has resided at Residència Santa Mara del Tura for the past 22 years.

Social media users penned messages revealing that Maria doesn’t look her age. In addition, a blog post on the woman and her life story was written by Guinness World Records. They also included statements from Morera in which she talked about the factors that extended her life. “Order, tranquillity, good connection with family and friends, contact with nature, emotional stability, no worries, no regrets, lots of positivity, and staying away from toxic people. I think longevity is also about being lucky. Luck and good genetics,” she revealed.

Even though Maria is now more than a century old, she nevertheless keeps up with the current. She uses Twitter frequently with the aid of her daughters and is active on other social media platforms.