Rani Mukerji starrer film ‘Mardaani 2’ has been released today i.e. on December 13. This is Rani Mukherjee’s new film after the film ‘Hichki’. The trailer of the film was well-received by the audience. From the trailer itself, it could be guessed that it would be seen reflecting issues like women’s safety and gender inequality. And if seen, the film seems to live on both these scales. The audience was eagerly awaiting Rani Mukerji’s film. And today it is over.

Gopi Putheran has handled the film’s direction, story, screenplay, and dialogue. In all these things, the director is seen to be upright. The first half of the film is quite interesting. And this story is going to bind you. Putharan has created a fantastic story using every second. It will not happen that you get away from the screen. Rani Mukherjee is portrayed as a strong and strong police officer who will surprise you. 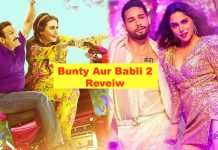