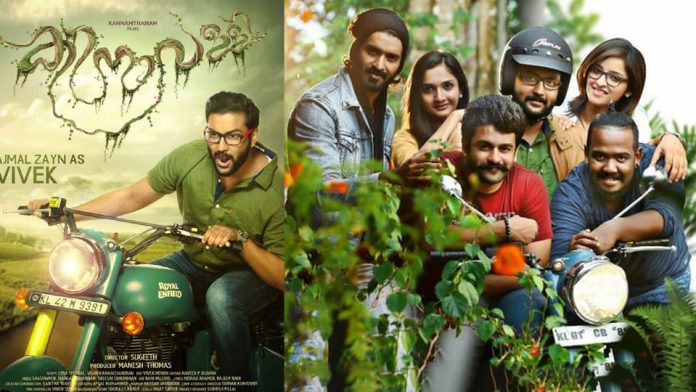 Kinavalli is a horror film directed by Sugeeth after director Sikari Shambhu. The image has now been released on the online platform Amazon Prime Video. The film, which combines love and revenge, is set to hit the theaters in 2018.

After the Ordinary, Maduranaranga and Shikari Shambhu films, the movie is directed by Sugeeth. The film stars newcomers.