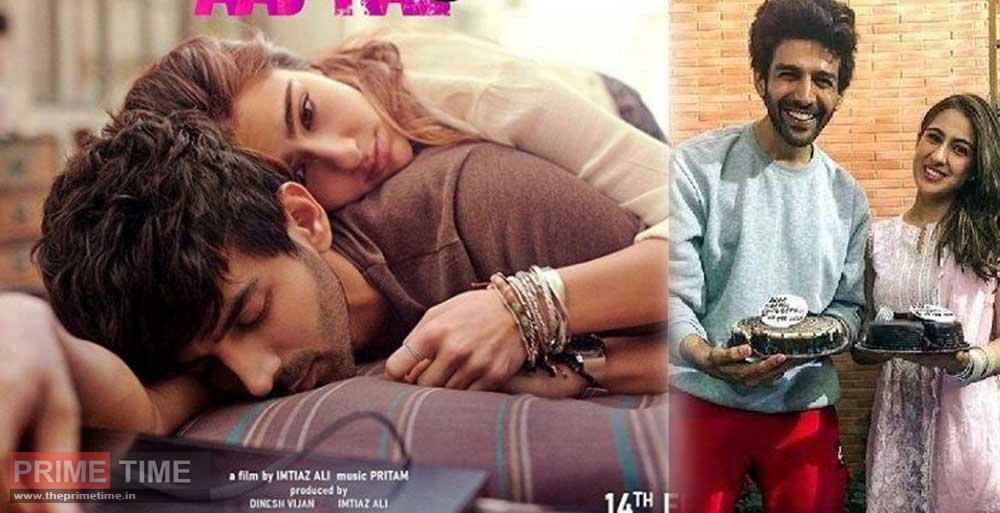 The poster of Karthik Aryan and Sara Ali Khan’s upcoming film Love Aaj Kal 2 has been released. In the poster, both the stars are seen immersed in love. Where Karthik is seen lying with closed eyes, Sara is thinking about lying there. Karthik has written a very beautiful caption, sharing a poster.

Karthik wrote in the caption, ‘There are no where the latte ……. Veer and Zoe❤ are flying somewhere #LoveAajKal.’ It is clear from Karthik’s caption that in this film, Karthik’s name is ‘Veer’ and Sara’s name is ‘Zoe’.

You will remember the film ‘Love Aaj Kal’ which came in the year 2009. Shy Saif Ali Khan and the fiery Deepika Padukone. The pair of both was very much liked by the audience. The film earned a splash at the box office. Now after 10, Imtiaz Ali has once again taken the responsibility of the sequel of this film.

The film is going to see the story from 1990 to 2020. Apart from Sara Ali Khan and Karthik, Randeep Hooda and Aarushi Sharma are going to be seen in the film. Aarushi is making her Bollywood debut with this film.

Please tell that during the shooting of this film, the news of the relationship between Sara and Karthik was in the news. Both were often spotted at dinner, outings and parties together. But after this there were reports of breakup of both. After this, the two did not appear together. However, both of them appeared together for the dubbing of the film.

Deepika Padukone engages in online script narrations during the lockdown

Deepika Padukone returns to South India, A new film from the slogan!

Deepika Padukone, who is really a housewife, shared the picture and fans are wondering where Ranveer is