Noorin Shereef has started an online shopping center ‘Naznoor’ for ladies. There are many great collections available here. Noorin says this is her first...
Read more
Home Film News List of 3 Bollywood Actor's movies which are ready for release after...
Film News
May 22, 2020 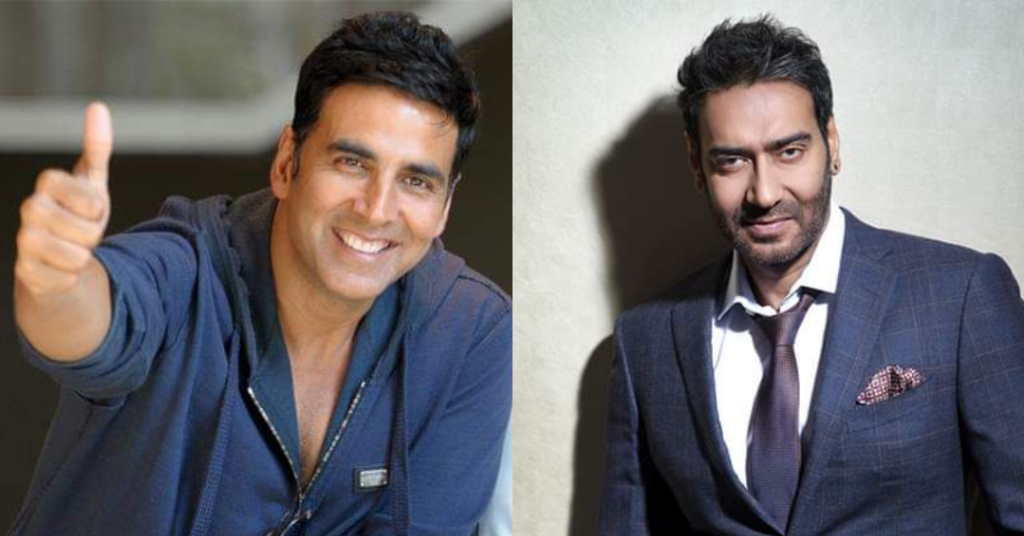 Since the spread of coronavirus pandemic, the audience are missing the experience of enjoying the movies of their favorite stars in theatres. All movie fans are eagerly. waiting for these times to get over soon, so that they can happily watch their favourite superstarscharacters on bigscreen. Here is a list of the movies of 3 Bollywood Superstars, who have the most number of films waiting for the release after lockdown…

The Singham of the Bollywood, who delivered his biggest hit with his recently released 100th film, Tanhaji: The Unsung Warrior, has 5 films in the list to entertain cinema lovers. The list starts with Bhuj: The Pride Of India, followed by Amit Sharma’s Maidaan, SS Rajamouli’s RRR, Neeraj Pandey’s Chanakya and Rohit Shetty’s Golmaal 5.

Vicky Kaushal – 4 films
After the super success of Uri: The Surgical Strike, Vicky Kaushal has become one of the most popular actor of Bollywood. The young star has four films to be released. Shoojit Sircar’s Udham Singh, Meghna Gulzar’s Manekshaw, Aditya Dhar’s Ashwathama and Karan Johar’s muti-starrer period drama, Takht

Actress Zaira Wasim gets trolled and deactivates her Twitter...

If you are having a bad day, Priyanka Chopra's latest Instagram post will cheer you up. The actress, who...
Read more
News

Cyclone Nisarga will hit the coast of Maharashtra on Wednesday. In view of the devastation, a red alert has been issued in Mumbai and...
Read more
Film News

As we all know Varun Dhawan is an Amazing dancer in Bollywood. Anyone would fall for his dance skills. Actress Kiara Advani...
Read more
Film News

Deepika Padukone shares a screenshot from her family WhatsApp...

Ala Vaikunthapurramuloo is one of most successful musical albums in recent times. Especially, Butta Bomma song become a raging...
Read more
Film News

Wajid Khan, one among the Sajid-Wajid duo passes away on Monday midnight at Surana Hospital Mumbai due to Kidney infection.
Read more
- Advertisement -

Deepika Padukone is a very active player on social media. The actress, who has been a frequent fashion fan in photoshoots, has mostly shared pictures...
Read more