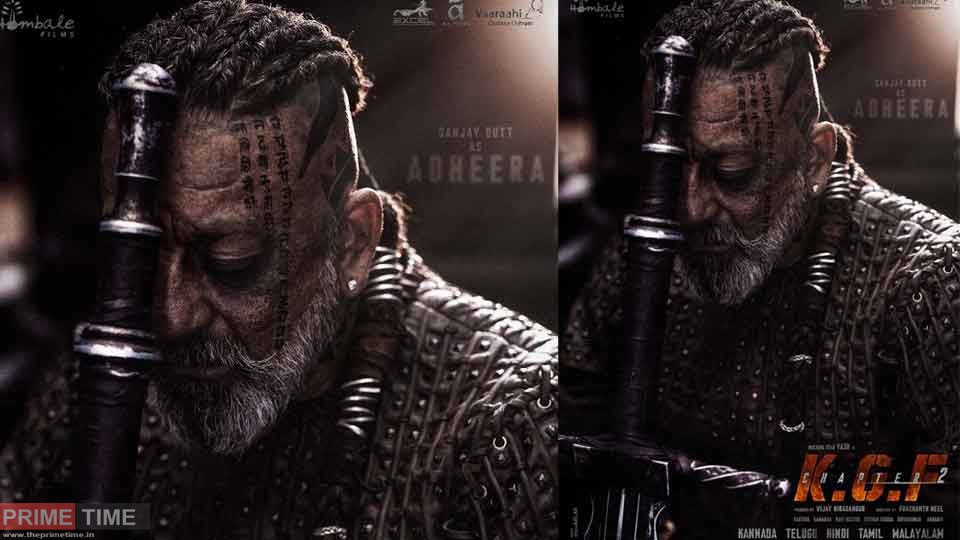 Today is Sanjay Dutt’s birthday. Against this backdrop, filmmaker KGF2 has released a new poster. It’s got a small hint that Adhira’s role will be. And the expectation of cinema has doubled. A supernatural sword sits on his head. Something is written in Devanagari script on the face of Adhira. The superhero dress is also special.

It was in the first chapter of the KGF that a minor hint was made that the superhero would play a major role in KGF2. However, Sanjay Dutt was not included in the film. After the KGF hit, Sanjay Dutt had agreed to play the role of Adhir. Arrived in Mysore and participated in the shooting. Now Prashanth Neil has proven that his character weighs much more with his new look.

KGF Cinema Dussehra Prakrita is coming out in October. Srinidhi Shetty has appeared in the film alongside Yash. Bollywood actress Raveena Tandon is also back for KGF-2 with Sandalwood. The film is being released in five languages ​​including Kannada. Currently, post-production work is underway. In addition, some shooting work is also pending.

Master Song As Wave, Over 50 Million Viewers In Song Within Hours!