Kangana Ranaut’s sister and manager Rangoli Chandel has built her dream home among the beautiful plains of the Himalayas. Rangoli is very emotional about its house. They have shared the photos inside, now on social media. It has also been told that only Indian things have been used in the construction and decoration of their house, so that the concept of self-reliant India can be encouraged.

Rangoli has posted several pictures inside the house on Instagram. The special thing is that Rangoli has used the Greek word in naming his house. Rangoli told- We have named our house Villa Pegasus. It is a Greek word meaning immortal horse with wings.

Rangoli has written the name of the house inspired by the building in which she started her married life with her husband Ajay. Rangoli was pregnant in the same house. Rangoli further told that I am sharing the pictures of the house, but its beauty is not fully revealed by these pictures. This house is not a blessing.

Rangoli has posted a picture in which she is seen with her husband Ajay and sister Kangana. In the note written with this photo, Rangoli thanked Kangana. Also told that Kangana preferred only local things to build a house.

Kangana ordered goods for home furnishing online. Rangoli also surprised with their delivery in this small village of Himalayas. He wrote that Indian companies are no less efficient than any foreign company. They are also affordable as well. Rangoli also wrote the self-sufficient India hashtag with this note.

Rangoli is being congratulated for the beautiful house, while some people are asking to post more pictures of the house. Recently, Kangana was in the news for her Mumbai office, which was reported to cost Rs 48 crore. 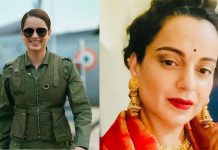 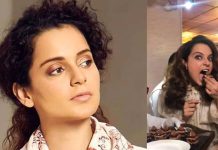