Kaithi is a Tamil action thriller film written and directed by Lokesh Kanagaraj. The film stars Karthi, Narain, and George Maryan. It is produced by S. R. Prakashbabu and S. R. Prabhu under the banner Dream Warrior Pictures and co-produced by Tiruppur Vivek under the banner Vivekananda Pictures. The film’s soundtrack was composed by Sam C. S. Philomin Raj handled the editing, while Sathyan Sooryan was the cinematographer. 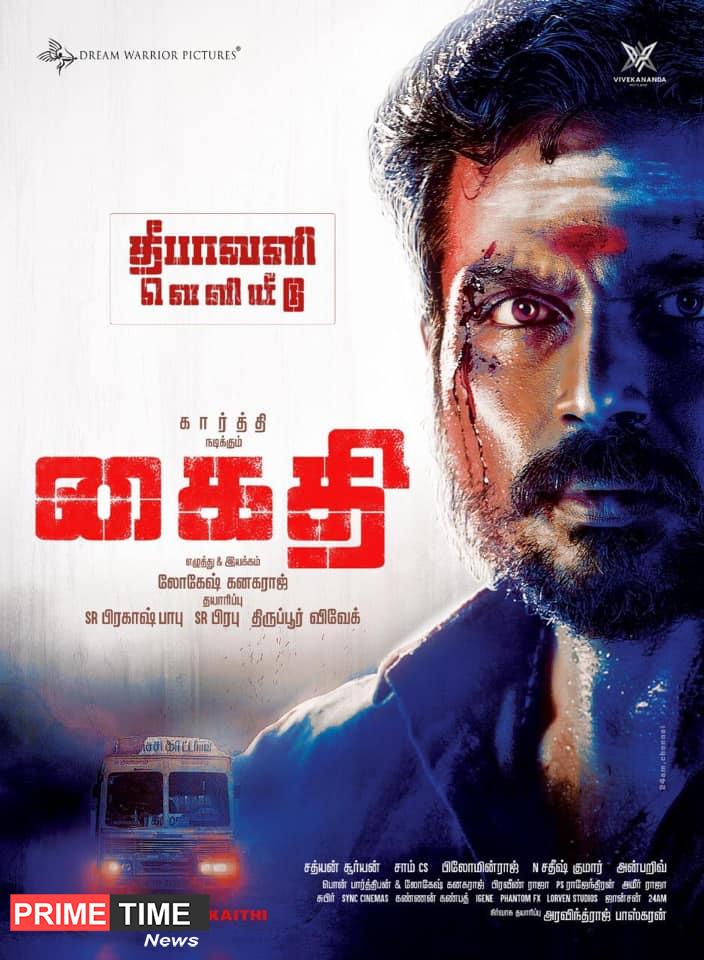