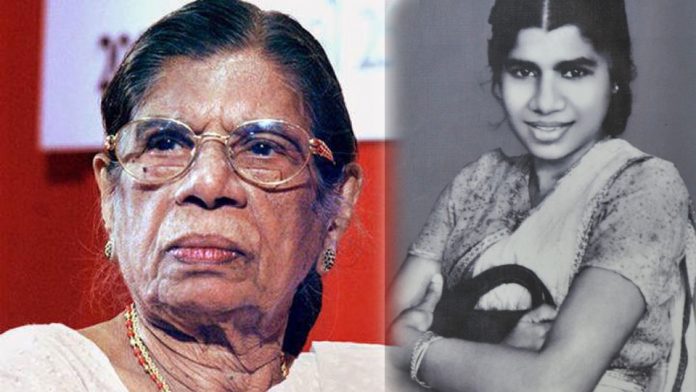 Kerala’s revolutionary heroine K.R. Gouri amma (102) left. She was undergoing treatment for a severe infection. She died at a private hospital in Thiruvananthapuram. That life was also the political history of Kerala. After studying law and becoming a lawyer, Gouri amma entered politics and was an irreplaceable figure in the history of modern Kerala. Communist Party membership at the age of twenty-eight. Gouri amma emerged as one of the most extraordinary personalities in the history of Kerala through her life in hiding, imprisonment, and torture. She has been a Member of the Legislative Assembly 13 times and a Minister six times. Gouri amma’s achievements include decisive steps, including the Land Reforms Act. 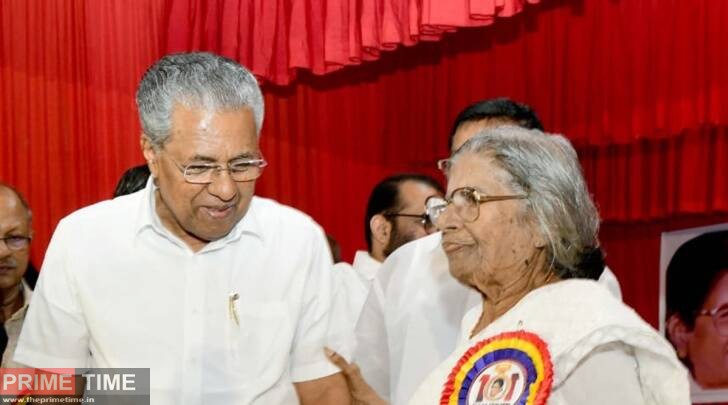 Kalathipparampil K. in the village of Pattanakkad Andhakaranazhi in Cherthala. A. Gouri amma was born on July 14, 1919, the daughter of Raman and Parvatiamma. She was educated at Thuravoor Thirumala Devaswom School and Cherthala English School. She graduated from Maharaja’s College, Ernakulam with an Intermediate degree and a law degree from St. Teresa’s College, Thiruvananthapuram with a degree in Law. She was active in student politics under the influence of his elder brother Sukumaran. She became the first woman lawyer in the Ezhava community. The practice started in Cherthala Court. 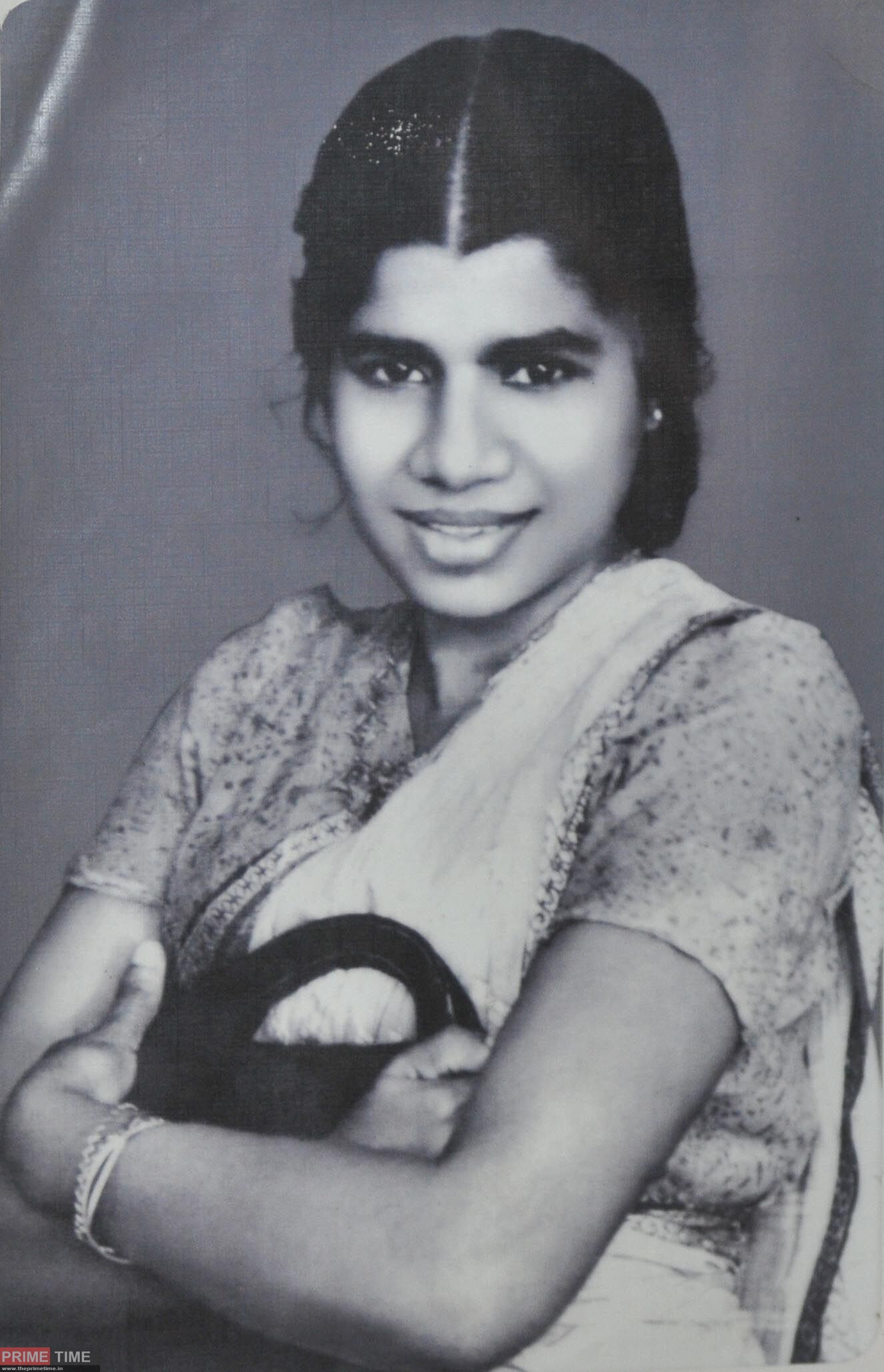 Diwan of Travancore CP The high-profile protests against the rule of Ramaswamy Iyer and the Punnapra-Vayalar agitation prompted Gouri amma to enter active politics. P, Krishnapillai was given the membership of the Communist Party. In 1948 she contested for the Thiru-Kochi Assembly from Thuravoor constituency in Cherthala taluk but lost. In 1952 and 1954 she was elected to the Thiru-Kochi Assembly with a large majority. Gouri amma, who contested as the Communist Party candidate in the first Assembly elections held in 1957 after the formation of United Kerala, became the first Revenue Minister in Kerala. It was at that time that TV. Marriage to Thomas. TV was also a member of the same cabinet. When the party split in 1964, TV and Gouri amma split into two factions. Gouri amma was with the CPM and TV with the CPI. And then parted ways with the TV. 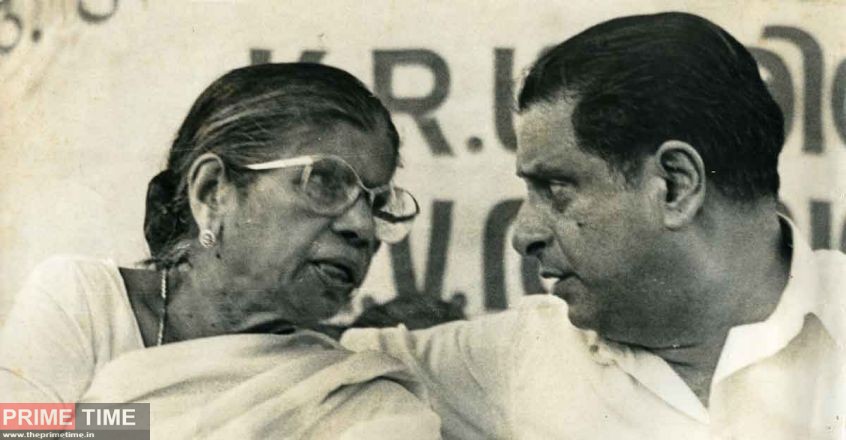 Gouri amma has contested 17 assembly elections and won 13 times. Gouri amma, who contested the post – independence elections every time except the 2016 Assembly elections, lost only in 1948, 1977, 2006 and 2011. She has been a minister six times. During his tenure as Minister, she made brilliant work on agricultural law, the Eviction of Farmers Bill, the Prohibition of Eviction Bill, the Prohibition of Lease, the Order not to evict landless people who have encroached on government land, and the Government Land Regular Act which has made land available to tenants on government land. Gouri amma left the CPM on January 1, 1994 due to differences within the CPM and a rift with the leadership. Then JSS was formed. They were in the UDF and left the front in 2016 after clashing with the UDF. She had been close to the CPM in recent times. Leaders including Pinarayi Vijayan visited Gouri amma and shared friendship. Gouri amma was also present at the CPM’s women’s wall. There were also discussions in the CPM that she should be called back to the party. 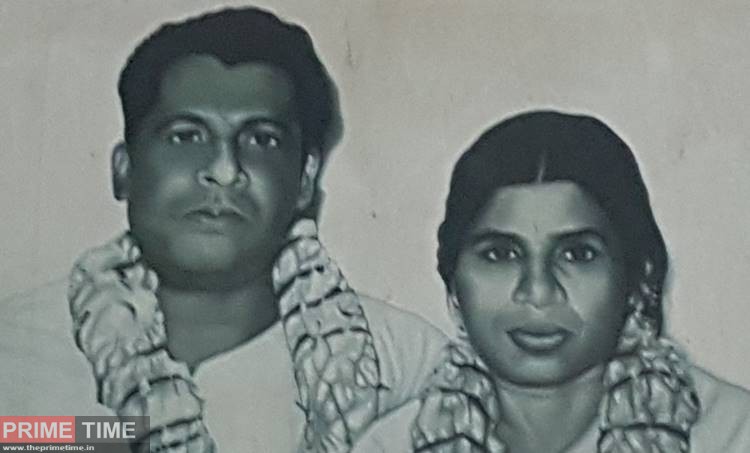