Jyotiraditya Scindia, who announced her rebel rights in the Madhya Pradesh Congress, is likely to join the BJP. Reports emerged Monday night that he met Prime Minister Narendra Modi and Home Minister Amit Shah. Scindia made her rebel move by shifting her supporters to Bengaluru. Though the Congress leadership is busy pushing for reconciliation, Scindia is not ready for the debate. It is also learned that Scindia visited the BJP leadership last night. BJP leader Narottam Mishra made a statement this morning welcoming Scindia to the party.

Jyotiraditya Scindia and Chief Minister Kamal Nath have disagreed on the Rajya Sabha seat and the PCC chairmanship. Meanwhile, the Congress legislature party will meet in Bhopal this evening. Kamal Nath has informed the high command that he will not oppose Sindhia as PCC president.

Another petition of Sachin Pilot and 18 rebel MLAs, appeal to make central government a party in Rajasthan High Court

Dr Shivanand Hulyalkar, the Congress party member, is a people’s person and a man full of generosity. 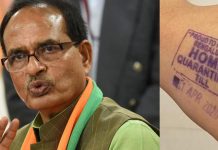 Rajya Sabha election: Expects of cross voting of MLA, know what is the mathematics of votes in Haryana

Rahul Gandhi invited a student in the audience to translate the speech, Plus one student Safa translates Rahul’s speech beautifully without hesitation, ...