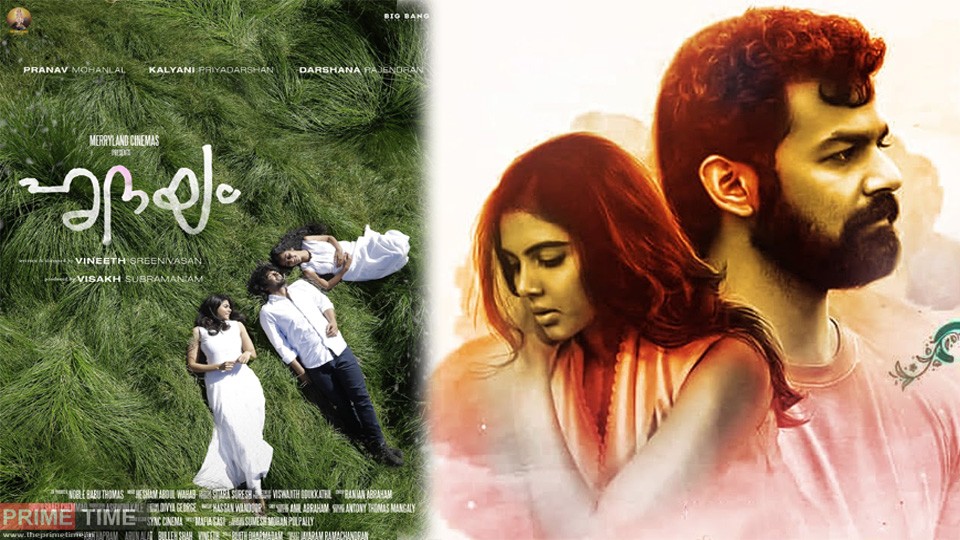 The first look of Vineeth Sreenivasan’s ‘Hridayam’ starring Pranav Mohanlal, Kalyani Priyadarshan and Darshana Rajendran has been released. The poster hints that the theme of the film is a triangular love story. The first look poster of the movie ‘Hridayam’ directed by Vineeth Sreenivasan and starring Pranav Mohanlal has been released. The three are also in the first look of the film which stars Kalyani Priyadarshan and Darshana Rajendran in the lead roles along with Pranav.

After a span of 42 years, Merryland Cinemas proudly presents to you the first look poster of their comeback film…

The film is being produced by Visakh Subramaniam under the banner of Maryland Cinemas. Hisham Abdul Wahab composed the music for the Maryland film, which returns to filmmaking after 42 years. Cinematography Vishwajit finally. Editing by Ranjan Abraham. Conflict with Mafia Shashi. The lyrics are by Kaithapram, Arun Alatt, Bulle Shah and Vineeth. Maryland Cinemas will release the film in theatres. This is a movie starring Pranav Mohanlal after ’21st Century. Five years after the release of ‘Jacob’s Paradise’, the film is being directed by Vineeth Sreenivasan.

Vineeth Sreenivasan’s Next Directorial with Pranav Mohanlal and Keerthy Suresh