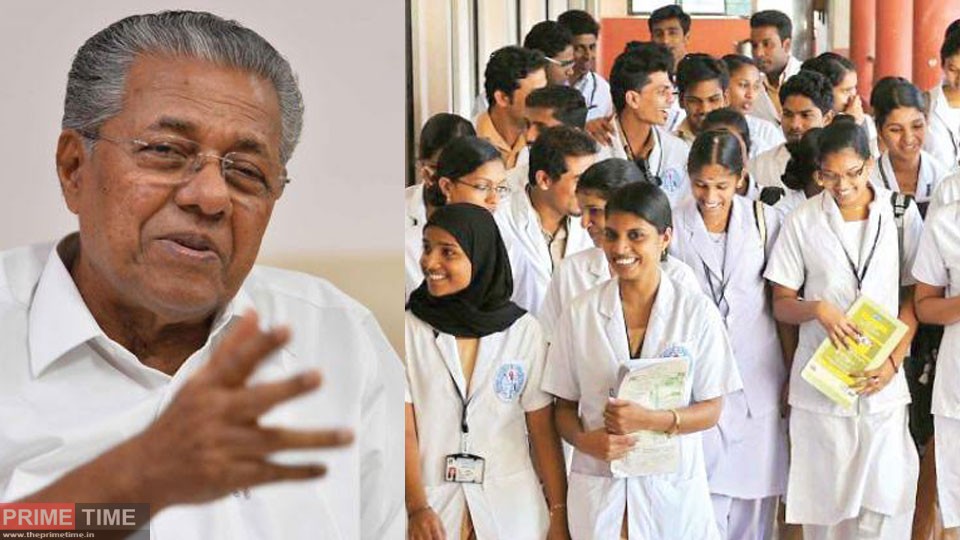 Chief Minister Pinarayi Vijayan has dedicated the award to nurses across the world. We are at war. In an effort to save the country and humanity from a pestilence that is wreaking havoc around the world. In a Facebook post, the chief minister said that nurses were one of the most leading, literally, risking lives of that war. They are working day and night for the country, despite the threat posed by a dangerous virus.

We are at war. In an effort to save the country and humanity from a pestilence that is wreaking havoc around the world. One of the most prominent, literally, life-threatening factions of that war is nurses. Despite the threat posed by a deadly virus, they are working day and night for the country. We have seen that even the most sick of them come forward and volunteer their services without fear and inspire resistance. Their resistance has saved many lives. The bravery they show becomes our strength in this struggle.

It is a matter of pride for Malayalee nurses to be at the forefront of this struggle not only in Kerala but all over the world. At this stage on World Nurses Day, all the nurses, including her, congratulate the magnificent services rendered. Thankfully, the sacrifices of Sister Lynn, who died in the fight against the epidemic, are gratefully acknowledged. The world owes them something.

Arun Vijay again to play Ajith’s villain role in his Next!

Mia Khalifa extended her marriage due to kovid 19

Baahubali star John and his wife celebrate birthday in Maldives, The pictures are viral

Sunny Leone Open About her Life!