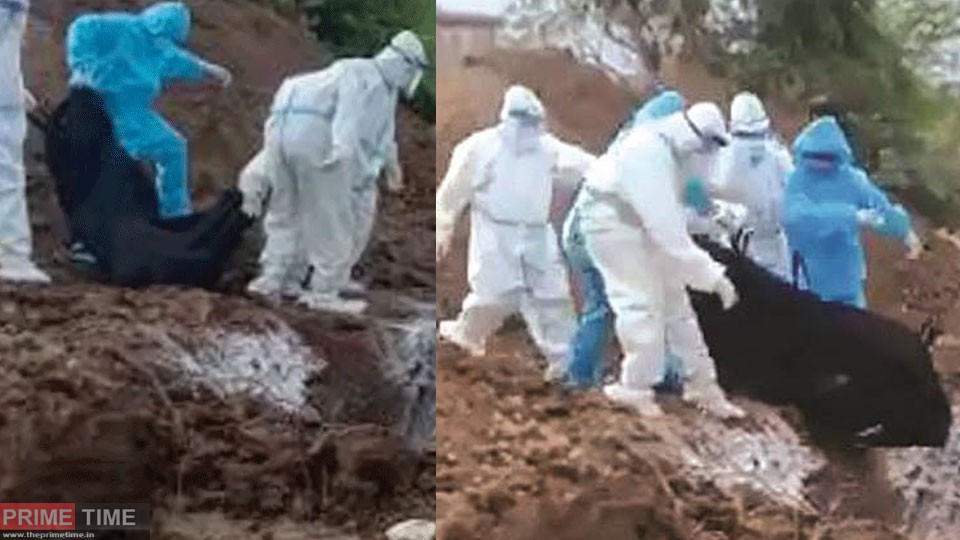 In Karnataka, the bodies of the dead in Covid have been thrown into a pit. The bodies were dumped in an empty ambulance by health workers wearing PPE kits. The footage is from Bellary, a health minister’s district. These are scenes from the ambulance throwing their bodies wrapped in black cloth to one another. People wearing PPE kit can clearly speak Kannada. There are also earthenware machines brought for digging.

The incident took place in a deserted area near the industrial area of Bellary, the district of Health Minister B Sriramulu. This is where the Covid victims die in the district. The locals had earlier protested against the cremation of their bodies. There has been widespread protests over the handling of the bodies.

Opposition parties have criticized the Covid casualties in the state and deny even a legal culture. Health Minister at the event. Sriramulu announced the probe. He said strict action would be taken if the culture had not followed the standards. Sriramulu said. Covid has so far claimed 23 lives in Bellary alone.