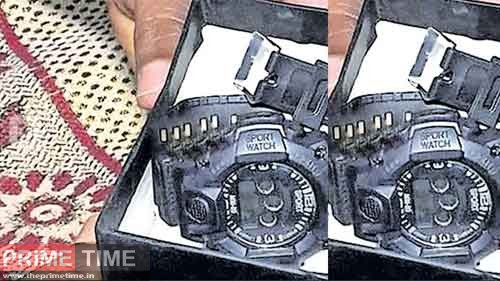 he businessman who bought the watch from an online firm lost Rs 1,37,000 within hours. The bank did not lose much money, as it was called out of the bank, noting the frequent transactions. The shopkeeper who bought the watch from the online set for Rs. The company offered another wristwatch for Rs 1899 with the purchase of a wristwatch. Accordingly, the order was placed. The watch arrived via Currier’s last day. There was only one watch when it opened. And not just the watch that ordered it. The merchant called the customer care center of the online company but received a reply that the number did not exist. They then went to their online site and filed a complaint with the Customer Complaint Court.

The call went to the dealer’s phone Saturday morning. The account number was called on the basis of a complaint and the account number was requested to refund as the product was not liked. He then called the same phone and asked them to send the money and check to see if the money was in the account. After some time there was a technical barrier to calling again and sending the online link and asking for the account information to be sent to that link.

It also said that if you have debit-credit cards, give them the number and it will be easy to refund. During these phone calls, the traders had identified the address and the CCV number of the card. Upon inquiry from the bank’s office, the merchant found out that he had been cheated. Immediately, the bank cards were blocked. I have already lost Rs 57,000 from debit cards and Rs 800,000 from the credit card. The businessman lodged a complaint with the Kumali police.

All bars across Kerala will remain closed due to Corona Virus Spreading!

On what grounds are divorce granted in India?

The liquor shops in Kerala will be opened on Wednesday