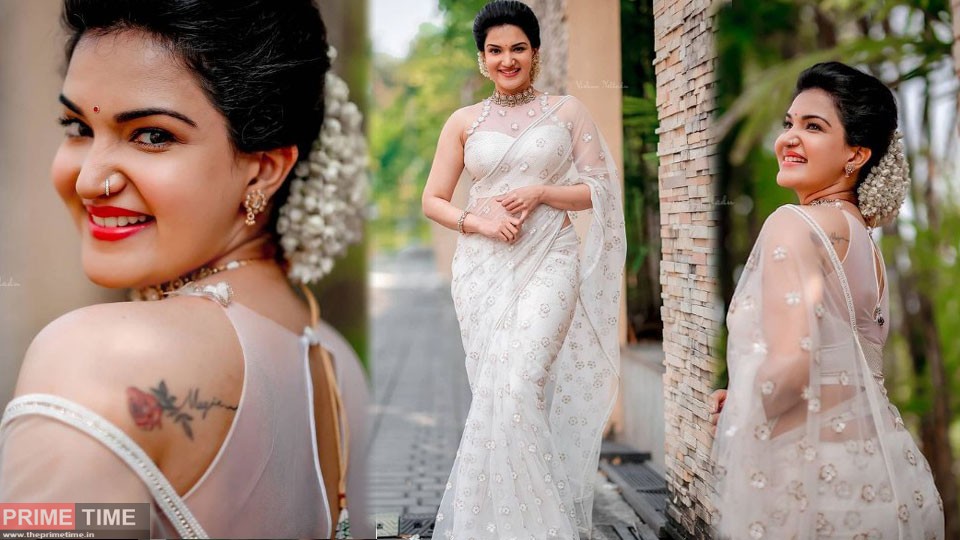 Actress Honey Rose is seen in a white, floral printed sari. The actress is as beautiful as a marble statue. The picture was taken by Vishnu Nella. The costume designed by Shiju Chris. Anoghi-Dear Kishore Accessories.

Honey Rose is an actress who made her acting debut in the movie Boyfriend. It didn’t take long for Honey Rose to become an audience favourite with a handful of great characters. Apart from Malayalam films, he has acted in Tamil, Kannada and Telugu films. The star has gained a lot of fans in a short span of time.

Honey Rose, who is active on social media, has great support for all the pictures she shares. The actress does not forget to share the latest pictures and stories for the fans. But this time she appeared in a white sari. The pictures of the actress, who arrived as a very beautiful woman, have become a wave.
Honey is best known for her role in the movie Trivandrum Lodge. Honey Rose has got the opportunity to act with many famous actors in Malayalam. She later starred in several films, including The Ring Master, The Five Beauties, and God’s Own Cleitus. One of the most notable recent films is the glamorous role in Omar Lulu’s movie Chunks.